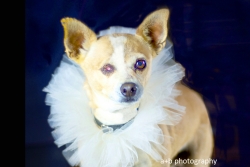 The pet over population is near crisis levels in Los Angeles, according to a statistical report from Los Angeles Animal Services. This has motivated animal advocates to join forces and local resident Kea Duggan hopes her work will help alleviate this serious problem.

Duggan has been working with homeless animals for years and she recently joined an international nonprofit called HeARTs Speak.

Each year in the United States, more than 4 million dogs and cats lose their lives in animal shelters, according to the American Society for the Prevention of Cruelty to Animals.

HeARTs Speak collaborates with animal rescue proponents, shelters and communities in an effort to dramatically decrease this number.

Culver City began contracting its animal sheltering services through spcaLA in 2009 after using the Carson Shelter for several years. Shelter services are provided by their Hawthorne facility.

SpcaLA does euthanize an animal when it requires medical treatment that goes beyond their resources to humanely provide, or has a condition that puts other shelter animals or workers at risk.

“I wish that the entire Los Angeles shelter system would take notice of the strides that Culver City has embarked upon. It’s my hope that working with HeARTs Speak we can take a small step toward making this happen,” said Duggan.

HeARTs Speak has been chosen as the recipient of BarkBox’s $10,000 Hugo Challenge grant and is using these funds to launch the HeARTs Speak Perfect Exposure Project.

This new program was developed to educate and empower animal shelter workers and volunteers to take better photographs, which have been proven to exponentially increase adoption rates and save more animals’ lives.

“The beauty of this initiative,” said Duggan “is that the shelter workers and volunteers are given the tools to help the animals in their care. This will increase the adoption rate and help preserve their limited financial resources to help other animals in need.”

As part of this new program, HeARTs Speak will provide two shelters with digital cameras, lenses, lighting equipment and backdrops.

A team comprised of HeARTs Speak professional photographers will present a two-day workshop in which they will train shelter employees and volunteers to use this equipment to create better adoption photographs and to ultimately help shelter animals get adopted more quickly.

These workshops will be professionally filmed and incorporated into a training video that will be used to share with shelter workers and animal advocates throughout the country.

“A compelling photograph can reach into the heart of a potential adopter, greatly improve adoption rates, significantly reduce the number of animals that are euthanized unnecessarily, and bring an animal one step closer to a long life outside the shelter,” says Lisa Prince Fishler, founder and president of HeARTs Speak.

Alicia Bailey, owner of a+b Photography and a local HeARTs Speak photographer has been photographing shelter pets for some time.

“When I started doing rescue photography, one of the very first photos I took was of Ballerina, a mid sized black dog with a terrible intake picture. I posted the photos I took on Facebook and a few days later she was adopted. I was shocked, and thrilled of course, to see how much power a great image had,” said Bailey.

“I thought I was the only person photographing shelter pets. I was excited to learn about HeARTs Speak and the huge network of artists helping animals,” Bailey continued. “Becoming a member was even better. Knowing that I was one of many trying to make a difference and save the lives of homeless animals is soul soothing.”

HeARTs Speak is currently accepting applications from high-intake shelters in the United States for candidates to be chosen as inaugural participants in this program. Carson and South Los Angeles Animal Shelters are in the running to be chosen.

Animal shelters can apply or be nominated to take part in this initiative. For more information or to apply visit www.heartsspeak.org/community-outreach/ 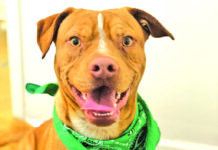