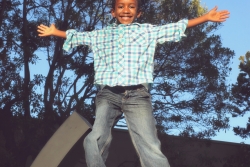 Sometimes we all lose sight of how valuable we are. As an educator one of the most effective tools I have is to shine a positive light on the gifts of my students.

By doing so I get to see the best in everyone around me and they gain confidence in their own abilities. This causes a ripple effect and soon other people start taking notice.

I was recently told that two members of my lunch group were having trouble out on the playground.

I was told that one student was calling the other student names and that the two were banned from playing together. I was asked to step in and provide some insight, so

I agreed to go out and give it a look. I felt an inner knowing that it would .

I decided to join the boys in a game of basketball, assuring them that it is OK to play together as long as I am present. I joined in the game with the rule that I would only pass the ball.

This gave me an opportunity to get a kid’s eye view on what was happening.

During that first session I intentionally passed the ball to the boy who had been teased, and gave him encouragement to keep playing even when he did not have the ball. He made two three-point shots and his peers took notice.

The boy, who had previously done the teasing, turned to his friend and said, “I didn’t know he could play so good.”

During our second session, I played referee. I had fun encouraging everyone on the court, pointing out their strengths, and nudging them to give it their all, to have fun. I included the student who had previously been teasing people.

I praised him for his acrobatic shots and let him know that I appreciate his gift for scoring. I had a feeling that part of the problem was that beneath his confidence, there was an underlying insecurity that was blocking his ability to really enjoy the game.

I pointed out another boy’s gift for passing. I reminded him that in the NBA those passes are called assists and some people, like Steve Nash of the Los Angeles Lakers, are known for their passes.

This positive perspective changed the way the game played out. Whereas last time the game ended with arguing and one boy in tears, this game ended with a buzzer-beating shot, high fives and everyone agreeing that it was a good game.

This might not have happened if I had not gone out and looked for good that I knew would be present.

Many situations in my own life are challenging. I feel tempted to point out the “bad” and then put all my energy into fixing it.

I am learning that shining a spotlight on the good can actually make that good expand. I once read that a manager who spends all his time trying to fix the weaknesses of his employees will fail.

The key is to find the strengths in each person and highlight him or her, build on him or her. When everyone is doing what they love to do and bringing out their best the whole game changes. It becomes fun and inspiring. New ideas are born, and old ideas are improved upon.

So put some new batteries in your flashlight and shine light on the good. You will love what you find.

Edward Biagiotti is the inclusion specialist for Culver City Unified School District, for more of his writings on inspired education visit:  www.TappingIntoGenius.com 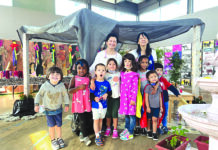 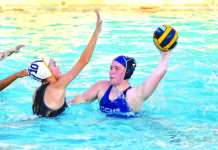 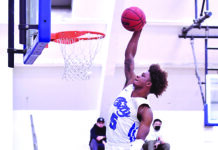