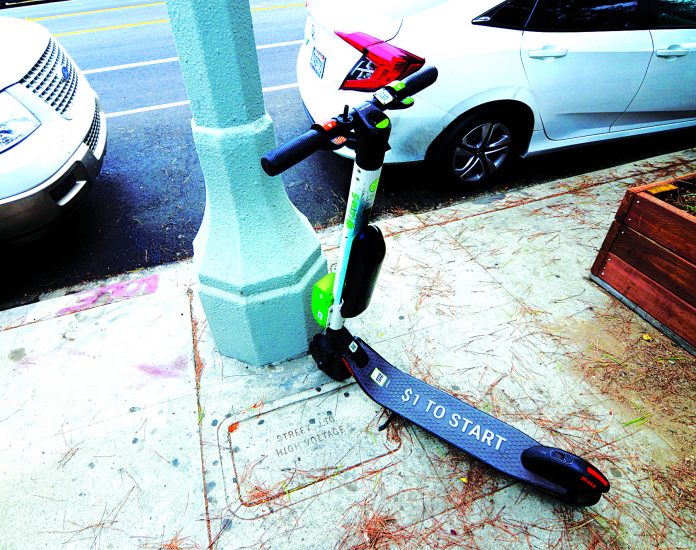 How has the ride-sharing scooter program been for the city of Culver City? That might depend on who you ask. But it’s too early to tell, according to city officials. In Culver City, a pilot program for dockless scooter operators like Bird and Lime has been set up. So far, things haven’t gotten out of hand.

“It’s certainly been a challenging issue,” said Mayor Thomas Small. “It’s been a rocky debut for most cities that have scooters. I think we’ve been lucky here in Culver City because we had some rules in place before they got here. “It’s gone more smoothly here than in other places,” Small added.

In June, Culver City elected officials voted to begin a program governing Bird and Lime. Only those two companies are operating in the city.

“We are continuing to monitor the program and work with Bird and lime to solve the programs that we see the situations that come up,” said Jesse Mays, assistant to the city manager.

In short, not that many people are riding them.?The city did request companies to not flood the streets with scooters of they are not being used. “We just don’t want scooters out on the street and not being used,” Mays said.

Mays said the companies have been hit and miss when it comes to some of the program’s goals, particularly with response times to complaints. The two companies, per the program, have to respond to any comments or complaints from residents, he said.

The city wants those complaints to be resolved in two hours. The companies aren’t necessary for hitting those response times. The city is also monitoring programs in Santa Monica and Los Angeles, as wells as regulation in the state level, Mays said.

The city of Los Angeles recently approved regulations allowing scooter companies to operate in the city, with some limitations. Scooters must be capped at 15 miles per hour and companies would be required to remove scooters from blocking sidewalks and the public right-of-way.

In West Hollywood, scooters have fared differently. The city’s council voted to ban scooter operators altogether. But Small see some positives with the city’s program.

“It’s definitely new technology and something that can benefit us in the long run and help reduce the number of cars on the roads,” Small said.