If you went to Culver City High School in the ‘50s, ‘60s, ‘70s, or even the ‘80s, there is a pretty good chance that the name Bettelyle Westbrook rings a bell. The longtime teacher at CCHS passed away on Feb. 15 at the age of 91. Westbrook spent over 40 years at the high school, 39 of which were as a full-time instructor.

“BL” or “Lyle” as she was commonly referred to was born Oct. 15, 1929 in Los Angeles, and grew up in the small rural Nuevo in Riverside County. Westbrook graduated as part of the last class on UC Santa Barbara’s Riviera Campus in 1954, then soon took a job at CCHS to teach Girls’ Physical Education at Culver City High School.

She also served as faculty advisor for the Pep Squad and Tennis Team, and started the school’s first Drill Team in 1955 and 56. During this time, she also began serving as dance director for spring musicals at CCHS.

She made her move to the classroom in 1958, starting with a U.S. Government and a Leadership class, and began counseling part time, which would eventually turn into a long tenure in that field.

Just a year later, she was given U.S. History as well, and was involved with committee planning for the CCHS Community Scholarship program, which still exists today. The program — which is known as the Culver City Community Scholarship Program, eventually kicked off in 1962. That year six scholarships were awarded totaling $1,300. In June 2020, 150 students received scholarships totaling $170,000 from the program — a testament to Westbrook’s impact on the CCHS community.

“When called upon, whether it is a simple question or a complex task, she always assists with graciousness, thoroughness and efficiency,” Margaret Fujisawa, who serves as a college counselor at CCHS, said. Fujisawa worked with Westbrook as a Board Member until she retired from the Culver City Community Scholarship Program that she helped create in 2005.

During the early ‘60s, Westbrook served as the President of the Culver City Teachers Association, but transitioned into an administrative role in 1967. Her position was to serve as head of Counseling at the school, and she dropped most of her other responsibilities to serve this role.

One of her only other responsibilities was serving as advisor to the Chiron honor service organization at the school.

However, the desk role of an administrator was not one she was keen on. She loved being around and helping students, so she returned to full time counseling in 1973.

“She loved working at Culver City High School, and especially working with students in both academic, extracurricular and personal settings,” Fujisawa said.

In addition to taking on counseling work again, Westbrook began working with pull-out groups of high achieving student and students entering from foreign countries, including non-English speakers. Her patient nature made her perfect for the task.

“Above all, her approach to others is always genuine and kind,” Fujisawa said.

“She never rushes to answer questions for students.  She treats all students with respect and kindness.”

Westbrook retired from full-time employment in 1989, but stayed on as a part-time consultant until 1996. She retired entirely three years later.

Her time at the school was memorialized by the Bettelyle Westbrook Spirit Award, which was created upon her retirement and has since awarded over 100 students totaling $38,000.

“She is the heart and soul of our program,” Fujisawa said.

At home, Westbrook was a proud Democrat, and had many athletically inclined interests, tracing back to her roots in physical education.

The pair would travel to a variety of desinations, from Lake Tahoe, to Europe, to Egypt, to a 42-day Mediterranean cruise, and exploring the United States, including the U.S. Capitol. 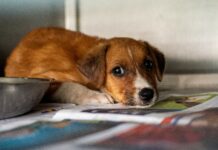 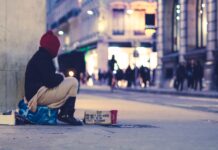