“I can’t win three in a row,” said Johnson, who will be in seventh-grade next year and, therefore, ineligible for the 2012 Spelling Bee. “That’s too bad because I was on a roll.”

The students represent each of the district’s five elementary schools and Culver City Middle School. Four from each school competed in the sixth annual CCUSD Spelling Bee.

Johnson, who won last year’s bee by correctly spelling “dehydration,” said he put in plenty of practice. “You get to a point with skill and then, at some point, you have to study,” he said. “I’ve been studying a lot.”

Johnson took home a first-place trophy and a $250 savings bond courtesy of Westfield Culver City, which sponsored the event. He will advance to the Los Angeles County Spelling Bee, which will be held at 4 p.m. on March 23 at Almansor Court, 700 S. Almansor St., in Alhambra. The winner of that competition will advance to the statewide spelling bee in Sonoma in May.

Westfield also presented a trophy and a $150 savings bond to second-place finisher Matthew Chen, and a trophy and a $100 savings bond to third-place finisher Faheem Chunara, both of whom were also from Culver City Middle School. This marked the first time in the history of the CCUSD Spelling Bee that one school swept all three of the top spots. Nicholas Green of Farragut Elementary School finished fourth and was the top elementary school finisher.

In addition, each participant received a certificate of commendation signed by the district’s superintendent offering congratulations for reaching the spelling bee finals.

The CCUSD Spelling Bee will be broadcast on local television on Channel 35. 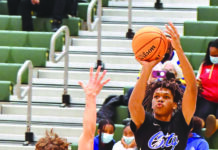 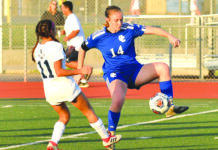