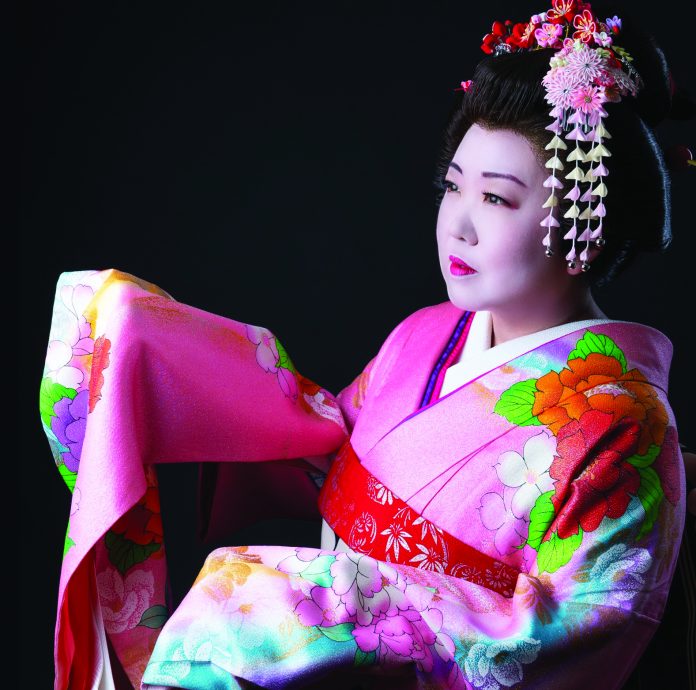 This month, Pacific Opera Project (POP) is presenting the first-ever true-to-story ever bilingual “Madama Butterfly” with a new libretto written by POP Artistic Director Josh Shaw and Opera in the Heights Artistic Director Eiki Isomura. This adaptation presents Puccini’s story as if it actually happened, and attempts to answer the question of how would Butterfly and Pinkerton have really communicated if neither spoke the other’s native language?

After it opens in Los Angeles, the production moves to Houston with all principal artists. Isomura conducts a 23-piece orchestra and Josh Shaw directs in both cities. To find out more about this formidable bilingual production, I spoke with POP Artistic Director Josh Shaw:

Shari Barrett (SB): What influenced your decision to present “Madama Butterfly” as a bilingual production in Japanese and English?

Josh Shaw (JS): In the original libretto, characters speak to each other as if there is absolutely no language barrier, but we wanted to tell a better, more accurate story since there is no way a 15-year-old geisha would speak English and it is highly unlikely a young American Naval officer would know any Japanese.

So how would they communicate if they really met?  That is the premise of this production. As a wonderful side effect of that original idea, POP is able to produce a culturally-sensitive production of Puccini’s classic opera, authentically presenting the characters as realistically as possible while avoiding any cultural appropriation. The entire opera will have projected supertitles in English and Japanese: when the characters are speaking Japanese, it will be the top line of text, and vice versa for when they are speaking English. Thus, every line will be available in both languages.

(SB): How did you reach out to find operatic singers able to handle the bilingual roles?

(JS): We began casting over two years ago for more than 30 Japanese-American singers in the appropriate roles and chorus in this production. Multiple auditions were held in New York, Houston, and Los Angeles, and we’ve actually ended up casting several major roles twice due to singers having to cancel for personal or career reasons beyond our control. And even though we had six different audition sessions over two years, we still did not find the singers we wanted. So, we went about calling and emailing everyone and anyone we knew in the business asking for recommendations of Japanese singers.

The option and temptation to hire other Asian singers was always there, but we stuck it out and did it the correct way. It took a very long time, but we eventually found our dream team, which also includes Japanese-American costumers, makeup artists, conductor, chorus master, and stage manager.

The most exciting thing about this project is that no one – including me – knows what to expect. It’s a grand experiment in an art form that doesn’t get to re-invent itself that often, other than move a production to Mars or translate a show from Italian to our native language.

Since we’ve never done anything like this before, my hope is that it gives diehard opera and “Madama Butterfly” fans a new perspective on the story, as well as showing the casual or first-time opera goer there is a lot more to this art form than just standing around singing in a foreign language. We really will tell this classic story in a convincing and believable way.