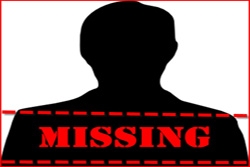 A man who has been missing from his Topanga Canyon home was last seen in Culver City, living in a Sepulveda Boulevard hotel.

Los Angeles County sheriff’s investigators say Peter Hamilton, 62, contacted a relative who lives outside Los Angeles recently but no one has seen him since.

“He previously lived at a motel on the 3800 block of Sepulveda Boulevard in Culver City,” reads a sheriff’s department bulletin. “It is believed Mr. Hamilton is driving a 2016, blue Mercedes Sprinter with paper plates which may be located on possible property he owns in Topanga Canyon.”

Hamilton is white, 6-feet-3 inches tall, 170 pounds with hazel eyes and thinning gray hair. He wears glasses, uses a cane and is known to wear a stocking cap.

Anyone with information regarding Hamilton’s whereabouts is asked to call the Missing Persons Detail of the Sheriff’s Dept. Homicide Bureau at (323) 890-5500 and ask for Sgt. Luis Nunez or Det. Tamar Abraham.