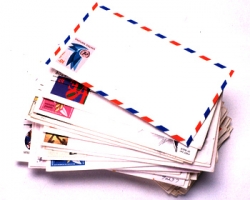 I loved the idea that you brought up in your editorial on June 16 (Let’s make (film) history), regarding the idea of building a film & television museum on Parcel B. Once in a while, I ponder what I’d like in that location and nothing ever feels right: We already have plenty of restaurants; we have movie theaters, grocery stores, art galleries and soon, the Jazz Bakery. And for such a prime spot, we want something that offers more to the community than just another office building, pharmacy or apartment complex.

A film and television museum is fantastic on so many levels. My husband and I often note the confused tourists wandering around Hollywood, looking for the glamour of the silver screen. Though there isn’t much left of it in Hollywood, they could certainly find it in Culver City. Imagine those same tourists riding in on our new light rail and stopping for a true “Hollywood” experience: touring Sony Pictures Studios, the Culver Studios and, of course, the film and television museum. And as reader Darryl Cherness wrote in a letter to the editor, “eat at our downtown restaurants, stay at the historic Culver Hotel, buy motion picture memorabilia …” What a way to honor Harry Culver and the film legacy of this city. Only something of such cultural importance deserves to be on that beautiful real estate. Residents and visitors alike would benefit. A film & television museum has my vote.