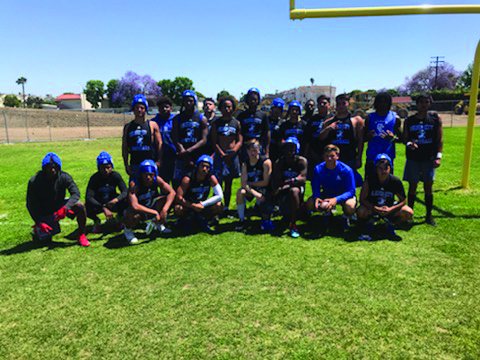 The Centaurs opened up pool play impressively verses Garden Grove when safety Emari Pait intercepted a pass to give Culver a 2-0 lead.

The Cents made a two-point conversion and led 24-0. Tom Crump made several substitutions, and Garden Grove scored to make it 24-6.  With little time remaining, Eckhaus quickly marched the Cents in for another TD to Pait and the two-point conversion made the final score 32-6.

In game two, the Cents battled Esperanza of Orange County in a competitive 20-12 contest. This was a closer defensive battle with Culver leading 20-6 late in the game.  Eckhaus threw two touchdown passes to Pait and a third to the newcomer, sophomore wide receiver Makhai Cope.

Culver opened up with a touchdown to Cope giving the Cents an early 6-0 lead.

Villa Park came back scoring a TD, and with the two-point conversion, they went up 8-6.  Eckhaus threw two more TDs to give CCHS a 19-14 lead with little time remaining. With a chance to secure the win, Culver went three and out. On Villa Park’s final possession, it was first and goal on the Cents five-yard line. But on the last play, VP threw an incomplete pass. However, Culver was called for pass interference moving the ball to the inside the 3-yard line and giving Villa Park another play. They ran crossing routes over the middle, and their quarterback threw the ball in between the receivers where it fell incomplete.

After pool play was completed and everyone broke for lunch, the Western officials seeded all of the teams, and the Jurupa Hills team got the no.1 seed, for Muir of Pasadena, the no. 2 seed, and for Culver City, the no.3 seed.

Because of a last-minute cancellation, Western was forced to insert their JV team into the championship round and Culver drew them in the first round.  Even though the Cents had a solid win of 30-6, the coaches felt the team played down to their competition. They were encouraged to play at a much higher level in the next game.  Eckhaus threw 2 TD passes to Pait and to junior slot receiver, Tanner Duve. Pait also had an interception and along with two CC two-point conversions, that accounted for all of the Centaurs’ scoring.

In the quarter-finals, Culver City faced San Gorgonio, a State finalist and 2018 CIF champion in their division. The Cents dominated San Gorgonio 37-12.

In the most spirited and hotly contested game of the tournament, Culver City went up against the No .2 seeded Muir Mustangs.  They play a similar game to Culver City in that they are fast, athletic and physically imposing.

The Cents matched the enthusiasm of the Mustangs and went toe-to-toe in an early back and forth game.  After a quick touchdown by Muir, Culver came storming back on a touchdown pass from Eckhaus to Pait and the one-point conversion gave the Cents a 7-6 lead.  Quarterback CJ Montez, Division 1 prospect with 5 offers, came right back for Muir, throwing a TD pass downfield to make it 12-7.  Eckhaus immediately answered with a bomb to Pait, and the two-point conversion gave Culver a 14-12 lead.  After a Muir first down, sophomore star safety Pait then intercepted a ball down the middle. Culver went to work and Eckhaus hit Pait for another touchdown to make the score 23-12.

The Mustangs, utilizing a two-quarterback system and playing their other quarterback, scored again to make it 23-20.  Culver marched down the field and Eckhaus hit Cope for another touchdown and the two-point conversion made it 31-20.  It was very late in the game, yet a comeback was still possible. Despite this, Culver City’s defense rose to the occasion and held Muir to a three and out, the offense later running out the clock to secure the victory.

In the finals, the Centaurs met the host school just as they had in 2018.  At the start of the game, Culver dominated and jumped out to an early 17-0 lead with safety Enson Bravo intercepting tt

Defensive coordinator Tom Crump felt that “defensive players Makhai Cope, Emari Pait, Anthony Motten, and Richard Farius, who are all newcomers to their positions, really stepped up in the tournament.” He also stated, “I thought we took a huge step in the right direction, and we found depth and that will give us significant playing time, and certain guys like Motten and Cope can play on the defensive side of the ball.” 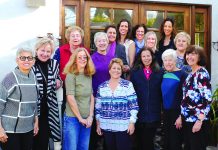