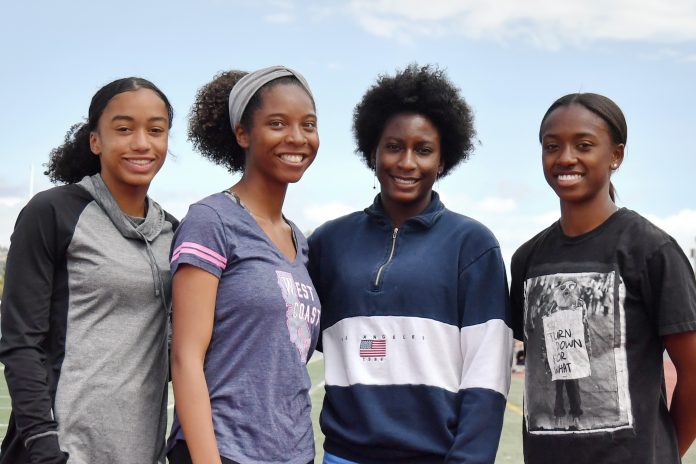 Culver City high school’s varsity track and field teams move into the bright lights of the CIF track and field finals Saturday at El Camino College. The Centaurs qualified several individual runners and three relay teams for one of the top high school track and field meets in the nation. The field events start at 11 a.m. and the first running event starts at 12 p.m.

Leading the way for the Centaurs will be senior Kayla Barnes and junior Mekhi Evans-Bey. Both runners qualified in two individual sprint races and they will run the last leg on their relay teams.  Ayahna Bahati and Alexandria Williams also qualified in the girls 100 and 300-meter hurdles respectively.

The boys’ 4×400 meter relay team, the girls 4×400 relay team, and the girls 4×100 relays all made it to the Division 2 finals. “We are really proud of the athletes that made it this far,” said head Culver City track and field coach Jahmal Wright after practice on Monday. “It shows that hard work pays off. We are looking forward to the meet on Saturday. We have a chance to battle for the girls’ championship.”

If they expect to battle for a championship all of the girls will have to run their fastest times.  The girls’ 4×100 meter relay of Ava Belcher, Alero Soaris, Willaims and Barnes, the girls 4×400 relay of Yaseem Delgado, Kennady Iverson, Soaris and Barnes will have to be at their best on Saturday.

The boys 4×400 relay team has the talent to place in the top three in their division. The team of Arman Rostamian, Shamar Carter, Dialo Drati and Evans-Bey will need to run close to 3:20.0 if they expect to be at the top. Last week they ran 3:23.27 in the CIF prelims at Moorpark high school.

“We can still do much better but it was a step in the right direction,” said the head girls track and field coach Rayfield M. Beaton on Monday. “When opportunity knocks you have to be ready. When the door opens you have to be ready to enter. We are on second base right now but we need to hit a home run.”

The Centaur girls’ softball team, 17-10 overall advanced to the second round of the CIF playoffs with a first round 3-0 win last Tuesday against Banning at Culver City. Last week they beat Mary Star of the Sea in a CIF playoff play-in game 3-2. On Thursday (today) they will host either Arcadia or Jurupa from Fontana at 3:15 p.m.

The boys’ baseball team was eliminated in the first round of the playoffs at home against Sunny Hills of Fullerton 2-0 last Friday. They finished the season with a 19-6 record and they placed second in the Ocean League with a record of 7-3.

They were led all season by the hitting of senior Mason Le, junior Dylan Singh, senior James Rogue, senior Nathan Carmichael, and freshman Justin Roulston.  On the mound, they relied on sophomore Adrian Montenegro and freshman Alonzo Reyes. 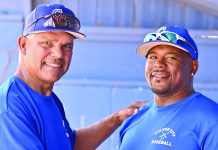 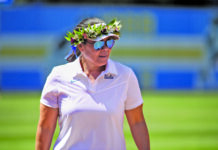