CRE Outreach is pleased to present the World Premiere of POINT OF EXTINCTION, a Science Fiction Political Thriller written by Cosette Ruesga and David Shecter featuring original songs by Laurie Grant. The production is directed by Greg Shane, Artistic Director of CRE Outreach and performed by Theatre by the Blind, the only blind theater company in the country featuring actors doing the improbable with great skill, and by the gifted musicians with autism from Rex & Friends. This awe-inspiring, world premiere production, featuring illusions created by Magic Castle magician Dominik Krzanowski, challenges conventional expectations about the capabilities of individuals who live without sight, struggle with movement, or have difficulty understanding the complexities of social interactions.

POINT OF EXTINCTION takes place100 years in the future after a super volcano has destroyed more than a third of Earth’s population, with the fallout rendering many of the survivors disabled. In the United States of America, the new government tries to rebuild while resources are running low for the entire population, with the entire world quickly reaching the breaking point. When President Geneva Winters proposes a law forcing the disabled to take an experimental serum she claims will cure them, the suspicious opposition begins to question whether her intentions are pure or sinister. Will they be able to organize in time to save many innocent lives, proving it’s never too late in life to do the right thing?

The gifted musicians and singers on the autism spectrum from Rex & Friends accompanying them are Rex Lewis-Clack, August McAdoo, Patrick Storey, Alan Davis, Jonetta Ward, Igor Zaninovich and Jennifer Bevans, all of whom are extraordinary performers who have discovered the power of music to transcend any disability.

Performances take place from Friday, June 21 through Sunday, July 7, 2019 on Fridays and Saturdays at 8pm (except dark on Saturday, June 29), and Sundays at 3pm,at The Blue Door, located at 9617 Venice Blvd, Culver City, CA 90232. This performance is made possible in part by the City of Culver City, in celebration of the 25th anniversary of the Performing Arts Grant Program, with support from Sony Pictures Entertainment.

General admission tickets are $20, or $15 for seniors, veterans, and the disabled, and may be purchased in advance at https://www.bluedoorculver.com/point-of-extinctionor beginning one hour prior to each performance at The Blue Door box office, contingent on available seats. The show’s run time is approximately two hours with one 15-minute intermission. Limited metered street parking is available in the area with two Culver City parking lots within walking distance at 3846 Cardiff Ave. and 3844 Watseka Ave. 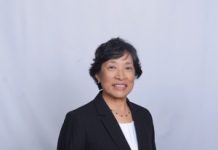 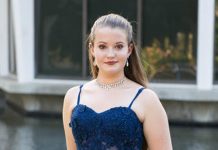 Our nest eggs are for retirement: Thoughts on Culver City’s transfer tax