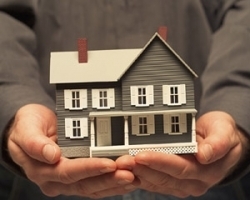 Mold may be hiding in your home when you least expect it. For mold to live and grow, there needs to be a damp and usually dark and unexposed surface. Strong sunlight and lack of moisture is not mold’s perfect breeding ground.

The place in your home where mold may be hiding is in a closet behind clothes you rarely touch, or behind a dresser chest of drawers that you haven’t moved away from the wall in years.

Mold can be hiding in a ceiling or wall after a water leak and might be under a carpet which covers a floor that is damp from inappropriate drainage under the house or from dampness caused by a plumbing leak that never got fixed in an attic or under a roof.

There’s a temptation when you see something that might resemble mold to run for the bleach bottle, then start vigorously scrubbing it with a rag. That is the last thing in the world you want to do for several reasons. No.1, if it really is mold, you don’t want to mess with it, inhale it and risk the potential health issues that might be caused by dealing with the mold inappropriately.

Another reason people often grab the towel and the bleach bottle is because they fear that it might be something that could significantly reduce the chances of selling their property, or it could cause a big financial loss if a disclosure of mold was made.

Mold is not something to mess around with, and if in fact, you have mold, it needs to be dealt with appropriately. Go to the Internet and research mold. You’ll see different varieties of mold, some of which are much more serious than others.

Even if it is not a serious species of mold, it is still something that should be dealt with appropriately, determined in its nature and disclosed, unless your choice is to remain uninformed. Even uninformed, you are obligated to report anything visual or otherwise known, drawing attention to it for a buyer to make their own investigation.

Another issue people sometimes deal inappropriately with is asbestos. Back in the 60s and even the 50s, it was very popular to spray your ceiling with a compound that we often refer to as “cottage cheese”, some people call them “popcorn ceilings.”

In fact, it is not cottage cheese and it is not a true plaster.

It is, in fact, a material that was blown on to the ceilings to disguise the typical cracks that may occur in a plaster ceiling. It was very popular in those days and later became increasingly unpopular due to the dated look and resemblance to low-income tract housing and apartments having no character or charm.

There are still popcorn ceilings which were enhanced with shiny specs of glitter to make them even more distinctive and decorative back then. Now, of course, we are horrified to see these ceilings and can’t wait to scrape them smooth again. I urge you not to pull out the razor blades because you may be releasing dangerous particles and fibers into the environment. There is an appropriate way to deal with the removal of cottage cheese ceilings that contain asbestos. Asbestos has long been banned and can no longer be used in cottage cheese ceilings.

In fact, it was banned in the late 1970s and rarely used after 1980, so if you know as a fact that your ceilings were blown on to the surface after 1980, the likelihood is that the material used doesn’t contain asbestos. There were many other products used, also containing asbestos including the underside of linoleum floor coverings, and siding applied to exterior walls.

Here are my suggestions pertaining to the potential of asbestos and mold. Look for a specialist who can analyze the specimen before doing anything. Read reviews and make sure that these are legitimate vendors, who are certified and qualified to make an analysis of the subject matter.

If it is determined that you have mold or asbestos, hire an appropriate remediation company to deal with it. Even if it is costly, you will need to get a certification that was done completely and per code to have the peace of mind that the problem was remedied correctly and that you have no liability to a subsequent buyer.

Remember, when you go into an escrow selling property, you are required to fill out a disclosure statement. You can’t avoid the issue. Of course, if you don’t know what your ceiling is made of, you are not obligated to say, but chances are the buyer will have inspections and become informed. That said, cottage cheese ceilings and other undisturbed asbestos may not be of concern to many buyers. It’s better to have a ceiling well maintained and in good condition than to inappropriately scrape it.

Bottom line is don’t panic making knee-jerk decisions to do things yourself. Seek qualified inspectors and tradespeople when dealing with both asbestos and mold and always consider your options before taking an impulsive position. Homes are often sold “as is” and without the knowledge of existing conditions. That is perfectly acceptable, that being the case. Proper guidance is necessary however

For more information, consult your trusted advisor or feel free to email me, Ron@RonWynn.com.