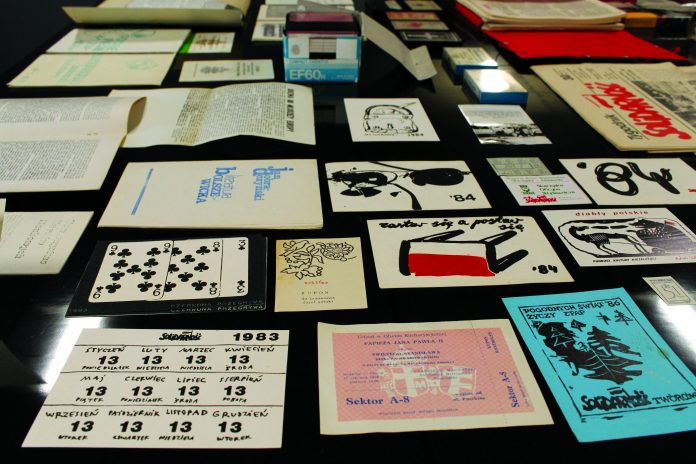 The Wende Museum of the Cold War received a groundbreaking collection of materials from the Polish Solidarity movement, an anti-Soviet and anti-authority movement that is credited for playing a vital role in the collapse of the Soviet Union during the 1980s.

The Polish Solidarity is a trade union that was formally started in September of 1980 in Poland and was made up of a group of workers that were striking against the scarce economy, rising food prices, and authoritarian state under a Polish government that was controlled by the Soviet sphere of influence.

Originally being credited as a legitimate organization and going back in forth between being deemed legal and illegal by the government, the Polish Solidarity movement was nonetheless heavily suppressed by the Soviet authority. Despite this, the group managed to organize strikes and protests and maintain communication through the movement’s underground network, pushing the members of Solidarity to relay information in secrecy to avoid prosecution by the secret police.

“They took it upon themselves to start to produce dissident materials related to Poland, their plight, their opposition to the government,” Justin Jampol, historian and founder of the Wende Museum, said in an interview. “It was totally illegal to do, and they nonetheless created a whole network of production of pamphlets, brochures, posters, and other means in order to disseminate information that basically had been impossible in any other state in the East bloc.”

The solidarity movement was highly regarded as the leading oppositional movement against the Soviet bloc, according to Jampol. They were making moves against Soviet authority and continuously pushing the boundaries for people to express dissatisfaction and acts of protest against the government, paving the way for other countries under the Soviet bloc to do the same.

“Everybody knew about Solidarity, and how they were able to find the cracks in the system and exploit them, and turn those cracks into holes,” Jampol said. “I think it’s pretty much undisputed that Solidarity was the oppositional movement that made it all happen.”

In 1981, the union was at its peak level of membership at more than 10 million members, most of whom were from Poland’s workforce. By 2010, 30 years after the inception of the organization, its’ membership dropped by more than 90%.

Following the collapse of the Soviet Union and fundamental government changes in Poland, the need for the Solidarity movement clearly diminished. But the Wende Museum excels in recovering items to retain a movement’s prominence and historical significance.

“It will be one of those transformative collections,” Jampol said. “In terms of its impact and importance, it will be fathered for years to come by scholars, students, members of the general public.”

The collection was donated by Tomas Olsinski, a Polish architect and artist, who was responsible for printing some of the documents himself while the underground network still existed. Additional donations were made by Olsinski’s old friend Teresa Bogucka and friends of Bogucka, as well as members from the Solidarity’s inner circle, providing additional insight into oppositional activity against the Soviet authority.

“These materials may have disappeared or simply deteriorated without museum-level conservation. I and other members of the former Polish underground wanted them to be in a place where they can be protected and shared to educate the world about this history,” Osinski said in a press release.

The work will be available for anyone to access online for free in which the digital collection and physical collection at the museum will continue to expand as the recently discovered works are still in the process of being researched and understood.

A sample of the work’s collection is currently available for display at the Wende Museum, which is located on 10808 Culver Blvd, Culver City, in which all of the museum’s exhibitions and displays are free and open to the public. 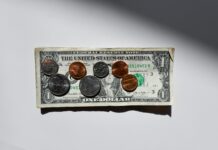