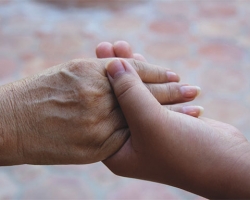 The Culver City Senior Citizens Association Board of Directors and its 5,000 members named Chet Moats May’s Senior of the Month for his volunteering efforts in the association. For nearly five years, Moats has worked closely with the association’s accountant, preparing detailed monthly financial statements and annual tax returns. He attends the monthly meeting with the executive board, staff and management to discuss accounting issues.

Moats, a Seattle, Wash.-native moved to California in 1966 by way of Kansas City. He served as an Army sergeant for two years during the Korean War. He was educated at the Army Finance School in Fort Benjamin Harrison, Seattle University and UCLA.

He has been married to his wife, Ruth, for 32 years. They have nine children, 16 grandchildren and five great-grand children. He also keeps in touch his extended family over the Internet and attends family reunions. The Moats say they love to travel, and especially enjoy taking cruises.

When he retired in 2001, Moats began volunteering – an activity that he says is good for him and something he really enjoys. He says he likes feeling that he is making a contribution and being involved in the activities of Culver City Senior Citizens Association.