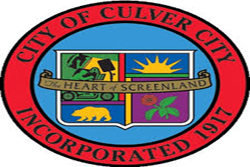 One of the most debated changes to Culver City’s charter in 2006 was the transformation from a chief administrative officer form of government to that of a city manager run government.

The Culver City Charter Committee’s recommendation to change the city’s style of governance centralized authority over all city departments in the city manager’s office except three: the city attorney, the fire chief and the police chief. Those appointments remain with the City Council.

Now a decade later, a group of city leaders and their supporters are asking residents to vote on another change to the city’s constitution, one that would give the city manager the authority to appoint the public safety chiefs.

Of the four ballot initiatives on the municipal ballot in November, Measure CA could be the most contested and if recent Culver City elections are any indication tempers could flare.

In the ballot measure’s argument in favor of Measure CA, proponents argue that the City Council’s job is to set public policy, not “run the city” as is the duty of the city manager. They also say elected city leaders are not trained in matters of public policy while most city managers, to some extent, are.

A group of residents working to defeat the measure has recently been pulling out all the stops by using the timeworn tactics of grassroots campaigning: calling residents and going door-to- door to inform them about what they think the consequences of changing the city’s charter will do.

Alex Fisch thinks the current arrangement works well because residents have a direct line to their elected leaders in case they think there might be a problem or a question with the police. “Part of this is about keeping the council engaged in what’s going on with their residents,” said Fisch, an attorney who has lived   in Culver City for six years. “Having the right leaders in place can diffuse certain really terrible situations, and I think that our community thinks we have the right leaders.

Marcus Tiggs, a bankruptcy  attorney who has not decided yet  how he will vote  on Measure CA,  thinks one reason that voters might be attracted to the initiative is because it would place the decision on hiring and firing police and fire chiefs in the and on a full-time professional.

Tiggs, who recently was invited by the Fox Hills Neighborhood Assn.  to   discuss the city’s ballot initiatives, offered another reason.

“It would make the chain of command a lot cleaner,” said Tiggs, an Army veteran who saw action in Iraq. “It would be a lot easier to report to one person than to five.”

Disa Lindgren, who grew up in Culver City, says the counter argument is residents now have a direct line to their leaders, whom they helped elect.

While she agrees that under Chief Scott Bixby the police department has been much more open and attentive to the concerns of most residents, Culver City’s police force at one time did not always enjoy the reputation that it does today.

“We haven’t had a lot of concerns raised here in recent years but the department does have an ugly history when it comes to policing certain neighborhoods and certain areas,” Lindgren said. “And that’s why it’s necessary for residents to have that direct line to the council in case they are not pleased by something about the police department.”

Supporters of Measure CA point to the trust many have in City Manager John Nachbar as assurance that no potential problems with the police department would be swept under the rug if the ballot measure passes.

“If this was about [Nachbar] that might be different,” countered Fisch, who says he also thinks Nachbar is a good city manager.  “But we don’t know who might become the next city manager if John Nachbar decides to leave one day or who they might appoint.”

Fisch says having the power to hire and fire the chiefs also keeps city leaders involved in their community and in tune with their constituents.

Tiggs acknowledged that voters will have a lot to digest on election day with 17 statewide ballot initiatives, two county measures on transportation and parks and four local ballot measures. “It’s a difficult choice,” he said of Measure CA.  “It’s one of those unique ballot measures where both sides have good arguments.

“I’m going to read it couple of times again before I decide how to vote.”

Gray Walker contributed to this story.