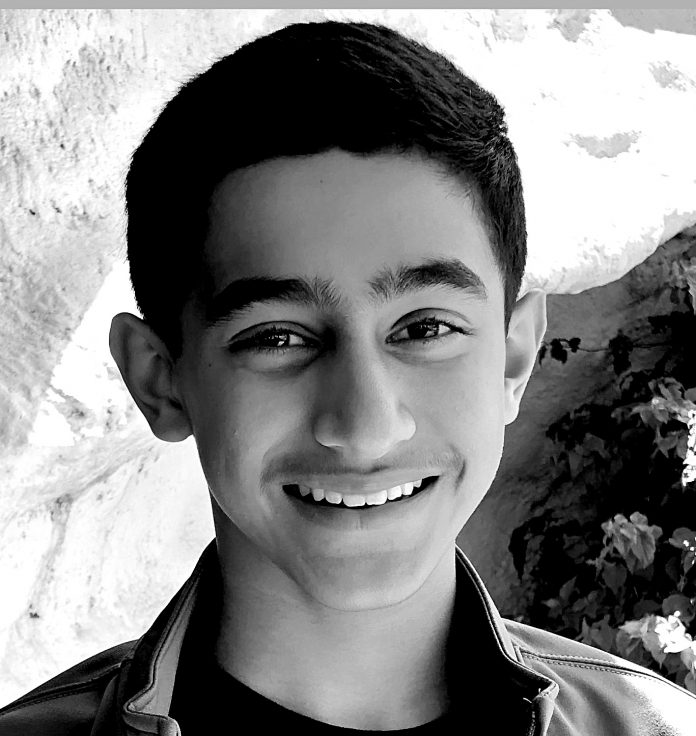 Not all athletes are born with the burning desire to be among the best at what they do, nor are they built with the otherworldly fervor or gifted athletic profile to maintain constant and intense training regimens.

No, some of these people are just kids going out and doing what they are passionate about, and that’s exactly the case with Samir Mallya. A junior in high school and a long time Culver City resident, Samir has stood out among his peers as an elite figure skater, competing at the national level for almost five years.

While Samir has been living in Culver City for most of his life, his time as an ice skater has not been nearly as long. Samir has only been figure skating since 2012, his fifth-grade year.

“At that time, I was in a traditional school, and one of my classmates and friends was a figure skater, so she invited me and a couple of other friends to a figure skating hang out, and from that, I think I liked it,” Samir recalled.

Soon after, Samir began taking group lessons, and those quickly turned into private lessons. Suddenly, Samir was competing in competitions and performing well, and made it to National Qualifiers in the Fall of 2015.

“Sometimes, it felt really long,” Samir remembered. “Even coming back, I had to come back slowly.”

Despite it happening slowly, Samir was eventually able to return to form, though the injury did leave some lingering effects.

“The injury affected my flexibility,” Samir said. “I used to do the Biellmann spin well, and only a few boys can do it.”

The Biellmann spin is a move named after female figure skater Danielle Biellman and requires you to live one foot back and over your head while maintaining a spin in your other form and holding the body in a shape reminiscent of a teardrop.

Even almost a year removed from the injury, this move remains out of Samir’s reach.

“I actually haven’t started doing that one again just because I am afraid of aggravating the injury or had another problem come up.”

These obstacles didn’t deter Samir, not even for a moment. Sarita remembers Samir’s diligence and awareness in handling his injury situation.

“He had to those exercises every single day since, and whether it’s being smart, diligent, or just caring about his body enough, he does them every day without me having to remind him.”

This commitment and consistency translate to the academic scene as well. Samir has always excelled academically and switched from traditional schooling to homeschooling through California Connections Academy (CCA). While this did enable him to focus on his training, he insists the move was academically prompted.

“I wanted to explore the option of taking more challenging courses that CCA offered,” Samir reiterated. “In fact, I am taking 5 AP classes right now.”

On top of that, Samir participates in a wide variety of academically driven extracurriculars He is a member of the Newspaper Club, Robotics Club, and Debate Club at CCA, is part of a Sunday math group at UCLA called Los Angeles Math Circle, and has manufactured his own opportunities around the community.

In fact, Samir himself along with his fifth-grade teacher at Farragut Elementary set up a club to help train teams for the LA County Math Olympiad, now called E = MC2 (Excellence in Mathematics Culver City.

“Once I got the idea, I wanted to be involved with the club and the Olympiad training,” Samir noted. “We haven’t selected the teams yet, but there will be 10 kids at the LA County Math Olympiad this year, so I am excited for that as well.”

While Samir’s future is bright, it isn’t something he hasn’t put too much thought into. Just like his skating career, it is something Samir and his mother are taking one step at a time.

For Samir, college is a given as it is for many kids in the modern day, but his current preferences in that regard reflect his uniqueness as a person. While many kids that are academically inclined tend to dream of attending an Ivy League school or another prestigious and famous American institution like Stanford, Samir instead brought up names like The University of Toronto and Cal Tech.

As for skating, Samir knows that there are plenty of opportunities for him to continue to pursue his career in that regard. For his mother, she sees an example in skater Nathan Chen that her son could look to emulate. Chen is currently pursuing a pre-med at Yale while maintaining his standing as arguably the best skater in the country.