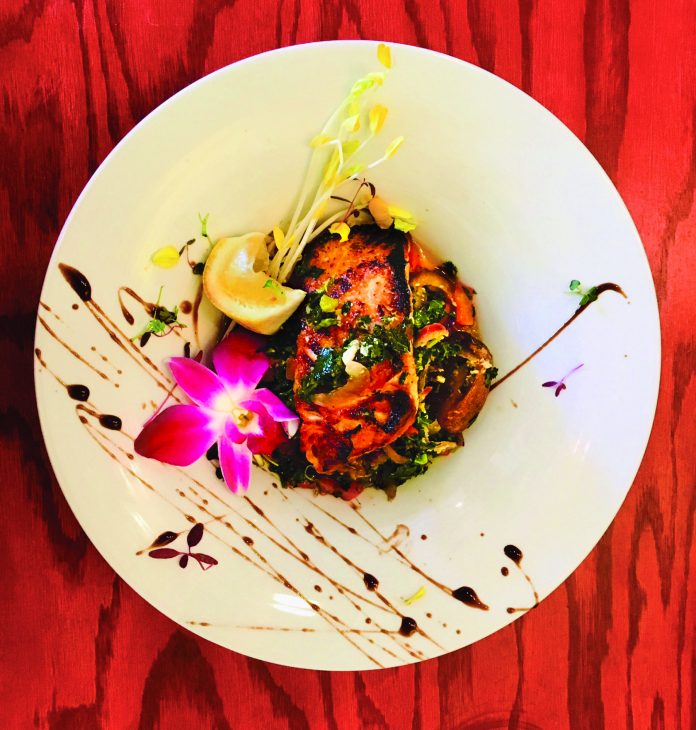 Green Peas. A restaurant named after a legume? You may think that vegetables dominate here. Don’t let the name fool you. This vegan-friendly spot features chicken, shrimp, and cheese-laden meals galore.

ABC7, which recently featured Green Peas in their Eye on L.A. series, had this to say: “One of their vegan ‘meat-filled’ sandwiches even fooled a food blogger into thinking it was real steak.”

A vegan is one who consumes no food that comes from animals and one who abstains from using animal products according to Merriam Webster.

Whether you follow the vegan lifestyle or not, Green Peas offers the best of both worlds.

Rich Italian offerings such as Chicken Fettucine and a Linguine Shrimp with a garlic sauce are found at Green Peas. Buffalo Chicken Salad, Steak Quesadilla or Goat Cheese Crostini are also on the menu.

Along with the heavier meals, lighter fare such as the Couscous Arugula Chicken Salad or the gourmet, home-made soups are popular.

Vegan entrees abound and include the Gardein Steak sandwich or the Vegan Breakfast Burrito. Gardein is the brand name of a meat substitute with the main ingredients being wheat, soy and other vegetable and grain proteins.

Many of the meals, including the pizzas, can be prepared vegan and gluten-free such as the Chipotle Chicken Pizza and Goat Cheese Pizza.

To quote their website “It took us many years to develop the recipes and find the right suppliers to deliver the quality and consistency we were after.”

Through the panel of glass, the chef can be seen thoughtfully chopping fresh herbs and vegetables. The bakery display case features wonderfully delicious looking cakes. And yes, they are all vegan.

Three large wooden bins are filled with ice and several varieties of juices, which are prepared daily and ­­bottled on-site.

We ordered the Salmon and Kale meal and it was glorious. The eye-catching plate was decorated with colorful edible flowers. The attractive charred salmon had a delicate texture and was mildly flavored with lemon. Crushed potatoes lined the plate and were nicely seasoned with dill.

How does one describe a meal from Green Peas? One bite–at-a-time.

The icing on the cake was the fresh juice made of green apples, pineapple, and cucumber with a sprig of fresh mint. Very tasty indeed.

The food looks amazing and a visit to Green Peas is a must. 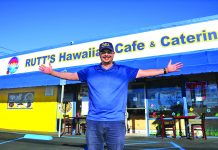