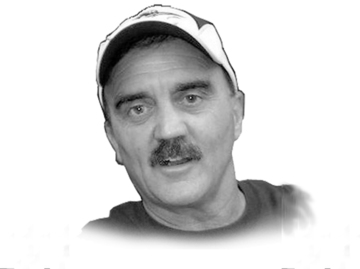 I’m retired, so I don’t have to work. Google some product or service and I’ll bet you can get it delivered or have someone do it for you. It may cost more, however, you won’t have to go somewhere yourself. If you agree, now ask yourself this question, “Is that a good thing for society, and is that the kind of world you want for your children?”

My response is a resounding, NO! I am rapidly becoming convinced that the cyber advances and technological innovations in the world have as many negatives, unintended consequences as the good they produce. Sure, it makes life easier, but is that a moral thing? Check out the rise in childhood obesity, teen suicide, dropout rates in high school and the number of hours spent watching TV or on their computers and phones. These are all intertwined, producing zombie-like young folks devoid of intellectual curiosity. I’m also guilty of this, however, not obsessed with these “shiny objects.”

Of course, the most damaging aspects of the negative influence of technology is on the children, so, we must begin with them at an early age. Some of the obvious detrimental effects on those mush-filled minds include lack of concentration, increased bullying, lack of privacy, stress, lack of sleep, gadget-addiction, lack of social skills, obesity, lack of social boundaries, shortened attention span and neurosis, just to name a few. Never let it be said that I describe a serious problem without a solution, so here is my modest proposal.

First, restrict the number of hours and the times the fledglings can operate these devices at home and in school. And I mean drastically reduce them. How about one hour a day on the phone and one hour a day on the computer (unless it’s for school-related use). How’s that for a kick in the pants, kids. Too harsh? You are too soft! Next, reading at least one assigned book a month followed by a review to be graded by the teacher And the parents, to prove it was read from cover to cover. Introduce three vocabulary words a week that are necessary for everyday living. At the end of the month a test of the 12 words presented, in which a perfect score must be accomplished or you will retake the test again and again and again until 12 out of 12 is achieved.

Too tough? You are too weak!

Create a class that is mandatory to pass out of eighth grade called “Real Life.” The curriculum will include: How to communicate face to face properly—the meaning and practice of civility, respect, honesty, humility, generosity, good manners, commitment, compassion and many other admirable human traits necessary for a well lead, meaningful life—how to budget your money and how to balance a checkbook as well as other financial issues needed for adulthood—pitfalls of growing up in this complicated world such ass, drug use, criminal activity, having children out of wedlock, etc.

Will this stuff ever happen? NO! But I can dream, can’t I?