There are more than a few challenges that our schools are dealing with both locally and nationally. But one of the most polarizing issues that’s upending many school administrators, teachers and parents is the concept of the Critical Race Theory. The subject has been the cause for division educationally, racially and even politically.

Summer McBride is a Culver City resident and Culver City Unified School District Board member, and as a parent of five kids of color, the topic has real significance and importance to her.

Though she works with the board in resolving matters collectively, individually she’s passionate about the issue of CRT. For starters, she believes that although the concept isn’t flawless, she supports the theory and the possibility of implementing it into an academic curriculum.

Many of the people who object to it don’t really know what they are objecting to. Contrary to what many believe, the theory is not an indictment of any one person or group, nor is it’s not designed to make anyone, including teachers feel guilty about their “whiteness or the privileges of being white.

She strongly believes that teaching our kids the accurate aspects of our nation’s history will enable them to think and identify various ways in which the laws and policies have worked against people of color. Her thoughts are for us to not just focus on the implicit bias and micro aggressions, but to acknowledge that there are so many aspects of our society that are still race based.

McBride states that at one time there was no black race or white race until a decision was made to actively collect data to create a caste system. “There isn’t an institution or organization that uses data that’s not based on race or gender. Although in some cases it’s not mandated, it still serves a purpose in some way shape or form. Historically, this information has often negatively impacted or worked against the people of color.”

Typically, people will try to contradict this subject individually, but if they’re to be honest about it, they can’t deny the implicit bias and micro aggressions that continue to exist in every sector of our lives. To simply write off or downplay the residual effects of slavery is nonsense because as a result of it, we are still dealing with its impact in our society.

Whether it’s in banking, housing, education, environmental and healthcare to name a few, there are still many long-term negative effects of our nation’s past that is clearly evident today.

Though the issue has become political flashpoint that focuses on the history of African Americans, the Critical Race Theory isn’t exclusive but actually inclusive of other ethnicities and groups that have been oppressed and discriminated against.

The saga of the Native Americans, for example and the “Trail of Tears” of which wasn’t taught in our schools but yet, Christopher Columbus discovering America was. The same can be said about the Internment of Asian Americans during World War 2 and judging by the names of many of the cities in California, the presence influence of the Mexican settlers have pretty much been forgotten.

Women, also considered to be a minority, experienced gender-based, oppression and discrimination when it came to employment, voting rights and pay equity.

Though the Critical Race Theory is gripping and in as sense ripping some communities apart, to its credit, the CCUSD was ahead of the game in developing its own program to address the issue of diversity, equity and inclusion. Prior to the CRT being brought to the nation’s attention, the city’s Equity Advisory Council had already established a strategic comprehensive and extensive plan that was voted on and approved in August 2020. The details of the plan can be viewed on the CCUSD website. 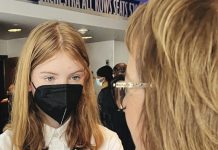