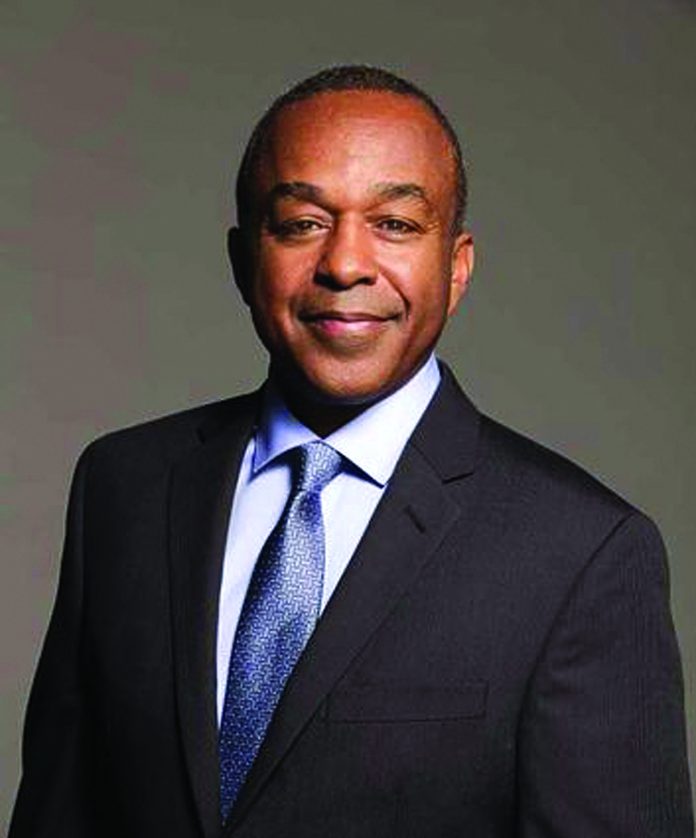 As a battalion commander in Iraq, a law student, and a court litigator, Marcus Tiggs has faced a number of career challenges.

His next one involves moving from the live ammunition deserts of the Middle East and the hand to hand combat of the courtroom to a new playing field — Culver City politics— that has increasingly become more polarized in recent years.

While the rancor in school board elections has not been as elevated in municipal elections, the tenor of local politics—which are nonpartisan— in general have become more Balkanized among political factions and a strong chin—metaphorically speaking—has become as important as the door-to-door campaigns that can often decide local elections.

No matter the tenor of the race, Tiggs says he’s ready this time. The former U.S. Army lieutenant colonel is facing off against businessman Albert Vera Jr., activist Daniel Lee and attorney Alex Fisch for two council seats this spring. A bankruptcy attorney and adjunct law professor, Tiggs has lived in Culver City for 25 years.

In previous showings, in 2004 and 2014, Tiggs could manage to not cross the fifth place barrier.  This time around, he has won far more endorsements in this campaign, which in local elections can often make a difference.

Numerous former elected officials who stayed away in previous campaigns have signed onto his campaign and a new group created to fight potential development in Fix Hills- the Fox Hills Alliance- is also backing Tiggs.

Tiggs says what’s needed on the council is an analytic approach to problem-solving instead of engaging in what he calls “group-think” among members who he did not name. “I don’t think that’s healthy for any organization. You need to have a diversity of ideas,” he said. “Group think is great if you’re right all the time but if you’re wrong you can be seriously wrong.”

Tiggs thinks this time around, his skill set as a former planning commissioner might break through with the public , given that there are numerous land use related matters that city leaders will be tackling within the next several years.

“This is so important right now because of the general plan update is right around the corner and we need to hear from everybody. If we have strong neighborhood associations across our city, when it’s time to really drill down into the general plan update that we have someone who can get others involved  and make sure we’re not leaving neighbors and residents out of the mix, and  that’s not we want, is it?” Tiggs asked.

“I think it’s the role of government to encourage and to energize certain communities,  many that are less organized and one of my priorities is to encourage more neighborhood participation,” he continued. “The vision that I have is the city would take the initiative with some of the leaders of the neighborhood organizations and introducing the most established associations to interact with each other and learn from each other.”

The specter of becoming the first African-American city councilman is in the back of Tiggs’ mind, not at the forefront of it. As he said in 2016, Tiggs responds, “I really don’t want someone to vote for me because of that, but if I am elected I think I would feel a sense of responsibility to be a mentor and a role model for others, especially kids who might think, ‘Marcus did it, so maybe I can too.’”

A resident of Rancho Higuera, Tiggs sides with his neighbors over their complaints over a recent extension of city planning approvals to developer Fredric Smith for a parking garage in the Hayden Tract.

“At some point, no means no and essentially those extensions can be in perpetuity, so that’s one flaw that can be fixed in our planning process,” said Tiggs, a former planning commissioner.

The former planning commissioner said the developer should pay for the additional officers as part of the development mitigation. “We need to hold developers accountable for the additional traffic that their projects bring in.  We always to have mitigation measures, but I ’m not talking about the usual things- restriping or adding a turn signal or more bike parking. I’m talking about having traffic control officers at major intersections during peak hours,” Tiggs stated.

Another idea that Tiggs would like to see implemented sooner or later is what is known as an adaptive Traffic Control System, a traffic network that changes or adapts based on traffic demand.

“They adjust the timing of the signals based on traffic flow,” Tiggs explained.

Tiggs said city legislators should also explore an idea that he has been previously suggested: levying a tax on rideshare companies that come to Culver City.  “That is impacting our traffic and our streets,” he said. “We have people driving around in circles all the time.”

Tiggs, a Republican, stands by his decision to vote for President Donald Trump, which he revealed at a candidates forum. Trump remains deeply unpopular in California.

Another controversial topic that has raised its head during the campaign is the use of drones, or unmanned aerial vehicles, which Tiggs supports. “I’m probably the only one of the candidates who has dealt with UAVs in combat and know what they can do. In my last position in the military, my team put together policies for UAVs. It’s an additional tool for our police department to keep us safe and protect us,” he said.

“I understand the concerns that some have about drones but those concerns can be allayed and I think the police department is trying to do that.”

His counter to those suspicious of the use of drones is the following: “Arguably we didn’t need body cameras [on police officers] but some of the people who are against UAVs wanted the body cameras, so I’m trying to figure that [contradiction] out. They’re both tools and a UAV is a lot less expensive than a helicopter.”

On gun reform, Tiggs cautions voters not to assume what his position might be due to his military background. “I’m probably one of the only candidates who has seen what an assault rifle can do to the human body,” he said quietly.  “I don’t know why a civilian would need an assault rifle.”

Regarding hydraulic fracturing in the Inglewood Oilfield, Tiggs sees it as a very polarizing subject but takes a similar stand to most of the candidates.

“My position on it is I’m not prepared to take any risks on the health and safety of any of our residents and visitors in Culver City. The [environmental impact analysis] is when we have an opportunity to do our utmost best to reduce the risk of any sort of incident that can adversely affect our residents,” he said.

But he thinks calling for a ban on oil drilling in Culver City is premature until the EIR is approved.

Tiggs looks at the 2018 race as his time to serve, as he did during his military career. “I believe the public wants to see action. We can come up with a cannabis ordinance in a year but we can’t on some of these other critical problems,” he noted.

“I look at the position as a very big responsibility. I take that to heart.  I think that I’m uniquely qualified for this position because of my skill set,” he concluded.  “I look at life as a series of moments.   And this is a moment for me to serve Culver City.”