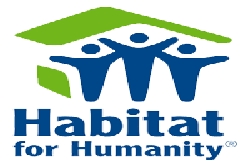 Culver City, like many cities around the nation, has not built enough affordable housing to keep up with the demand.

But now the city is taking a small step toward providing new affordable homes by joining with Habitat for Humanity Greater Los Angeles to build 10 homes on Globe Avenue and Councilwoman Meghan Sahli-Wells will be hosting a fundraiser for the nonprofit affordable home builder on March 22 at the historic Culver Hotel, starting at 6 p.m.

“We are in such great need of more affordable housing, so I’m really happy to be doing this,” Sahli-Wells said.

The councilwoman hopes to raise at least $7,000 to pay for air filtration systems for the 10 homes on Globe, which will be built near the 405 Freeway. “It’s not an ideal location, but I want to try to do whatever I can to make [the potential homeowners} as safe as possible,” Sahli-Well said.

Studies have shown that people who live near freeways are more likely to have respiratory problems and shorter life expectancies.

Daniel Lee, a Culver City resident and organizer, agrees that the Globe Avenue homes are a good start.

At a Jan. 28 town hall on affordable housing in Culver City, Lee, who came within 243 votes of winning a seat on the City Council in 2016, was pleased to hear the number of residents who talked about the importance of more low and moderate housing. “I think the need and the recognition about affordable housing is there but I’m not sure that the political will is,” said Lee, who was one of the few candidates who talked about the need for rent stabilization on the campaign trail.

The Globe Avenue homes are among the last of the Redevelopment Agency projects, Sahli-Wells said.

The agencies were closed by the state legislature in 2007 but the land on Globe was deeded to Culver City to build affordable housing. But sufficient funding for building units was not provided. “That was a very contradictory position that they took that delayed construction,” Sahli-Wells said.

Members of the Culver City Presbyterian Church have raised $750,000 among their congregants and through their channels with other Presbyterian organizations to help build the new homes, Sahli-Wells said.

Lee said he was “cautiously optimistic” about the Globe residences, especially because potential owners will have the opportunity to build their own homes.

“The great thing about this site is the homes can potentially be for people who work in Culver City. Unfortunately, there are families where parents have to work two jobs now just to be able to afford to live  on the Westside, including in Culver City,” said Habitat for Humanity Greater Los Angeles  Vice President of Resource Development Jennifer Wise.

Sahli-Wells said two of the homes will be for workforce housing.

Culver City Housing Administrator Tevis Barnes said each home will have three bedrooms and two bathrooms and can accommodate up to six people.

“Applications will be reviewed based on income and housing need with a preference given to persons who live and or work in Culver City,” Barnes explained. “We anticipate construction to start prior to the summer 2017 with an 18 -month construction period.”

The Culver Hotel is located at 9400 Culver Blvd. in Culver City. For information about the fundraiser, events@habitatla.org.

Gary Walker contributed to this story