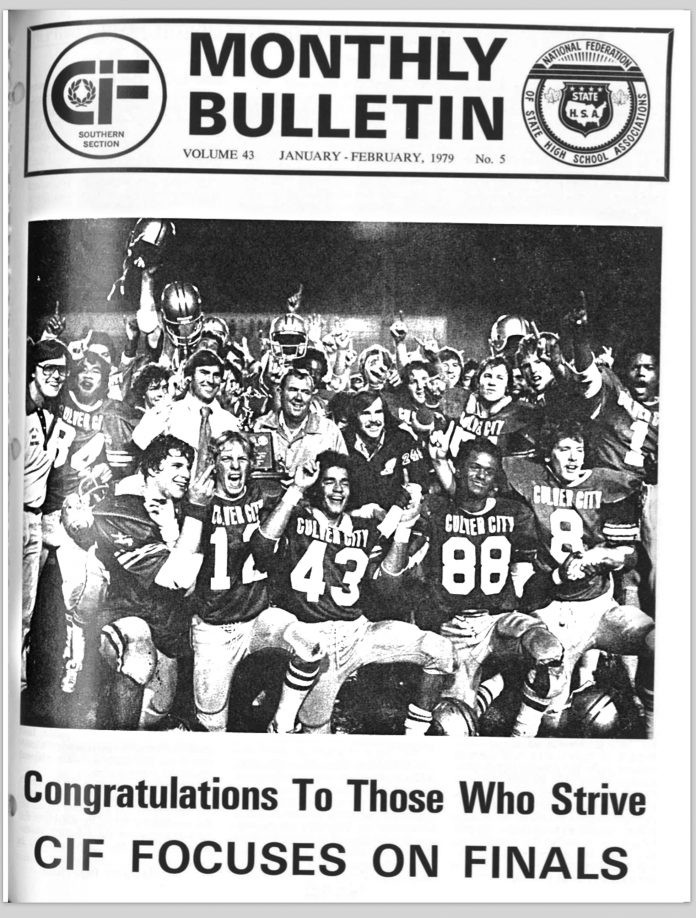 The 4-1 Culver City football team will battle Santa Monica in its first Ocean League game Friday night at 7 p.m. inside the Jerry Chabola Stadium on the Culver City high school campus. It will be a special night because the school will honor their only CIF championship football team at halftime. Some of the players and coaches from the 1978 team will be on hand to commemorate this extraordinary occasion that took place 40 years ago.

“It’s going to be a great night for the Culver City community,” said Culver City head coach Jahmal Wright this week after practice. “Culver City high school has had a lot of great football teams over the years, but this team is special because they won the championship.”

To make the night a complete success the Centaurs must beat Santa Monica. “The team is ready for league play,” said Wright. “ We have been preparing for this moment and we are excited and we are ready for the challenge.”