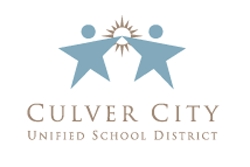 The Culver City Unified School District Board of Education has selected El Marino Language School Principal Tracy Pumilia to serve as the District’s Director of Curriculum and Instruction. The Board also announced that El Marino Assistant Principal Mina Shiratori would take over Pumilia’s position as principal of the school.

Pumilia has led El Marino since 2007 and brings 26 years of service as a bilingual educator, coordinator and principal to her new CCUSD role. During her time at El Marino, Pumilia has successfully transitioned the school from a Foreign Immersion to a Dual Language Immersion Model as a means to close the achievement gap for English Learners and Latinos and secured a $2.4 million in grant aid from the Federal Foreign Language Assistance Program (FLAP) to improve both the Spanish and Japanese Immersion Programs.

In addition, she has developed community partnerships with the Spanish Consulate to make El Marino the only accredited International Spanish Academy in the Los Angeles area; with the Japan Foundation to secure assistant teachers and other Japanese resources; and with local advocacy groups, including Safe Routes to School/Walk N’ Roll; CleanAir El Marino; Growing Great; and CCUSD Sustainability.

“These past nine years have been incredibly fulfilling for me,” she said. “To help our students grow and evolve into confident, respectful, articulate, and caring young adults is a job benefit that cannot be quantified. And then, of course, there are the little ones who have brightened many challenging days for me. When one measures success by the number of hugs received in a day, I can honestly say I am one of the richest people around.

“As you can imagine, it has been an emotional process for me in making this decision. Upon much reflection, I have concluded that the work to be done at the District level is work that will impact teaching and learning for all students and will require specialized understanding of culturally and linguistically appropriate education for our many language learners across the District. I have dedicated my professional career to this very effort, and it appears that the time is now for me to extend my work beyond the El Marino walls and bring it to the students of CCUSD.”

Prior to coming to CCUSD, Pumilia spent 17 years at two LAUSD schools as both a bilingual educator and program coordinator. She earned her bachelor’s degree in journalism from Northwestern University and her master’s degree in administration from Pepperdine University.

Shiratori takes over the role of principal having spent the past three years as assistant principal at the school, where she has also served as program specialist for the District’s K-12 Dual Language programs and coordinated three federal grant programs involving language education.

Previously, Shiratori spent seven years as an educator in El Marino’s Japanese Immersion program. She is fluent in both English and Japanese, and speaks “functional” Spanish.

“I am fortunate to have worked alongside and been mentored by Tracy for the past nine years while serving in my roles as Coordinator and Assistant Principal at El Marino,” she said. “I look forward to continuing the work with the team in fulfilling our mission to maximize the academic and personal responsibility of every student, and to nurture the love of language learning amongst our community.”

Shiratori earned her bachelor’s degree in human development from University of California, San Diego and her master’s degree in education from UCLA.