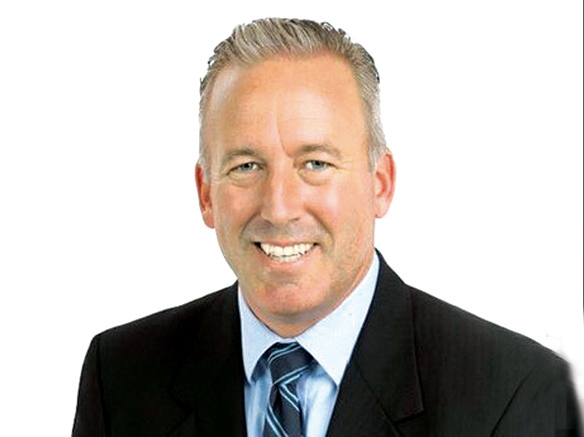 Sometimes it takes a seminal moment for candidates for public office to throw their hat into the ring.

For attorney Alex Fisch, both occurred in 2016 and involved heading the campaign of a municipal ballot measure and working on the successful campaigns of Councilwoman Meghan Sahli-Wells and now Vice Mayor Thomas Small.

Measure CA, which would have returned the authority to appoint the city’s public safety chiefs from the city council to the city manager, lost overwhelmingly with more nearly 65% of voters siding against the measure.

Fisch led the opposition of the measure, met a lot of people in and out of government in the process and says both campaigns taught him a lot.

“I saw that there’s an appetite here for progressive politics,” said Fisch.

The Measure CA campaign helped crystallize his decision to run for office after he decided to leave private practice for the state attorney general’s office.  “With the history of our police department, it’s very important that we show our citizens that we’re serious about how we engage with the police. During the campaign, I didn’t immediately see the salience of that issue but as I thought about it occurred to me that while we value our police we need accountability too,” Fisch said.

A Culver City resident of 13 years, Fisch is competing with businessman Albert Vera, bankruptcy attorney Marcus Tiggs and activist Daniel Lee for two city council seats. A former bankruptcy attorney, Fisch now works for the state attorney general’s office in the natural resources law unit, which gives him perhaps a better understanding of environmental law and special insight into one of the central tenet of his campaign.

A first-time candidate, he has been endorsed by the county and local Democratic parties, the Culver City Firefighters Assn. and a number of former and current officeholders, including Small and Sahli-Wells.

Redemption, compassion and second chances are cornerstones of Fisch’s campaign and he mentioned them several times during a recent interview

Fisch, as other candidates have expressed, feels that Culver City soon is approaching a period of change within its borders- the addition of new investment and high-profile companies, discussion of a new general plan, increased traffic and density and a dearth of affordable housing- which will require new and creative planning and solutions.

“I think we are at a point if we take the path of businesses as usual, we could make some of our problems a lot worse than they are, like traffic, the structural budget issues or the path where we can solve some of those problems, like maintaining the diversity of the city and looking at affordability in housing,” he said.  “Some of these problems could take a long time to solve but we’ve got to start talking about them now.”

Fisch is the chairmen of the city’s homeless committee, and he has seen up close and personal the growing numbers of homeless individual and families that the city has seen in recent years. “One thing that I’ve learned is how long it takes before an idea goes from a policy concept to actual deployed policy, as well as how important the issue of housing affordability in our city has become,” he said.  “[The committee] is going to have the chance to do some stuff in the future like partnering with the county on some stuff like rapid rehousing. And I’m optimistic about Measure H [the county measure passed in 2016 that will raise $355 million over 10 years for homeless services].”

Fisch said he is fully behind bringing more affordable housing to Culver City, despite some of the public’s aversion to new lower income housing. “We need market rate housing. It’s an emergency. There are people dying in the streets,” implored the Ranch Higuera resident.

He has shrugged off the whispering campaign that has tagged him as the “Section 8 candidate.”

“Every single rumor that has gotten back to me about my campaign or me is made me feel stronger about myself. I know that it’s right to build more affordable housing. Not just because it’s good for homeowners, it’s because it’s just right,” he asserted. “ And I think people see that.”

Steve Gourley, a former Culver City mayor, pointed out at a candidate forum that Fisch had not voted in a couple of local elections, even though he had voted in state and national races.

Fisch was refreshingly candid about his missed votes. “The most important thing that I can say is I was wrong. To not vote in any election is wrong and that’s part of my civic reawakening,” he admitted. “There’s no excuse. Local politics is critically important and now I hope that people see that as my reawakening.”

Fisch has been an active voice in the campaign to ban the practice of hydraulic fracturing, commonly known as fracking, in the Inglewood Oilfield. In fact, it is a central plank of his campaign.

He says it is realistic to get a statewide ban and cited an indefatigable local activist campaign to push local legislators to ban plastic bags as part of a larger campaign that eventually led to a statewide ban in 2012.

Culver City became the 100th in the state to ban the sale of plastic bags.

“The ban happened statewide because a group of municipalities decided to take action and take the initiative in banning plastic bag and the [plastic industry] eventually said, ‘Fine,’” he recalled. “That’s how we can get grassroots change. Sometimes you have to wage these guerilla wars to get what you want.

“With the fracking ban, maybe that’s how we have to do it. We at least have to call the question.”

He has actively called on taking care of local groundwater resources and how the city will need them in future years. “Everybody in government should be thinking about all these things, and we have state groundwater obligations that we have to look at so this is on our plates whether we what it to be or not,” Fisch said.

Fisch took note of the tenor of the campaign, which is becoming more and more strident as election days draws nearer.

“I kind of hope that I’m helping try and set a different tone in the race. I think I have people from most of the political factions in Culver City- not all- but most of them and I hope it’s because they see that I’m someone who does listen and wants them to have their voices heard,” he said. “There’s been some low stuff that sort of caught me by surprise but that’s politics.”

The tone of this campaign has become more polarized, with nasty social media posts about the candidates. In perhaps one of the worst moments of the campaign, a local publication ineffectively attempted to denounce a group who engaged in a controversial leafleting campaign denigrating the Culver City Chamber of Commerce that some considered to be in taste.

The publication published photographs of residents distributing what could be campaign material but is illegible, which some believe was an attempt to intimidate them.

The publication also falsely quoted a spokesman from the Fair Political Practices Commission, erroneously claiming that the FPPC administers election codes. FPPC spokesman Jay Wierenga also denied that he had advised the publication of any reported election violations.

Wierenga did note that he checked with the California Secretary of State, which administers election codes, and the group did not appear to be registered.

With less than two weeks before the election, Fisch thinks he has found his rhythm on the campaign trail. “I’m feeling confident in the race. It’s been a lifelong desire of mine to try to empathize with others and I’m still learning, and   I want to keep learning,” he said.

“I think people see that I’m compassionate. A city councilmember needs competence, compassion and a belief in redemption.”  Election day is April 10.