Since the end of the last recession, we have experienced strong profit growth in the United States.  Early indications for the first quarter of this year, is that profits at best will likely be virtually flat, or possibly even negative.

There are two basic factors that influence profits.  One is revenue or sales growth, and the other is profit margins.  A company can have great sales, but if they can’t manage costs, they will not have profits.

In recent years corporations have been able to increase profits, primarily from managing costs and increasing margins, than having greater sales.  In fact at the present time, profit margins are near an all time high.

This is not to imply that there hasn’t been any sales growth, as revenues have certainly increased since the depths of the recession. However, profits have risen at a much faster pace compared to the growth in sales.

Productivity growth is a key factor in increasing wages and profits.  Normally coming out of a recession there is greater productivity growth, as there is considerable slack in the economy. Also, in the early stages of an economic recovery the gains from productivity tend to flow more to the owners than the workers.

During this economic recovery, while profits have shown strong growth, wages have been relatively stagnant.  With lower unemployment currently, wages will most likely start increasing faster relative to profits.

The recent strength of the U.S. dollar is also having an impact on business profits.  In recent years many companies have managed to increase their sales and profits because of overseas growth.  For a number of large U.S. corporations 50 percent or greater of their profits are derived overseas.  The stronger dollar is making it more difficult for U.S. companies to sell their good overseas.

The fact that employment growth has been solid in recent months implies that businesses do expect consumer demand to rebound.  Therefore, profit growth most likely will look to be somewhat better during the rest of the year, than it is currently.

Stock prices and profits don’t always move together at the same time.  Normally the stock market will move first, in that it tends to be forward looking.  However, over long periods of time there is a strong correlation between stock prices and earnings.

Profits for the first quarter of the year will be reported for many companies over the next several weeks.  By and large they will not be very good, but that is already anticipated, so the stock market will not likely have major moves based on the earnings reports.

While it is already known that profits for the just completed quarter will be disappointing, the important question becomes how they will do for the balance of the year.  Most likely they will be better, but the pace of growth will be moderate at best.

The stock market has been going relatively sideways, so far this year.  This is not surprising given that the outlook for corporate earnings has deteriorated.  While the rest of the year should be better, it is unlikely that stock prices will register the type of gains we have seen in recent years.

With slowing profit growth, the outlook for stocks is not as good, as it has been.  However, other investment alternatives, such as money market and bonds are not very attractive either.  Therefore, for longer term investors I still believe it is appropriate to maintain a decent representation in stocks. 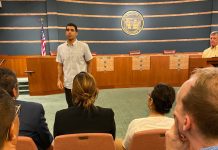