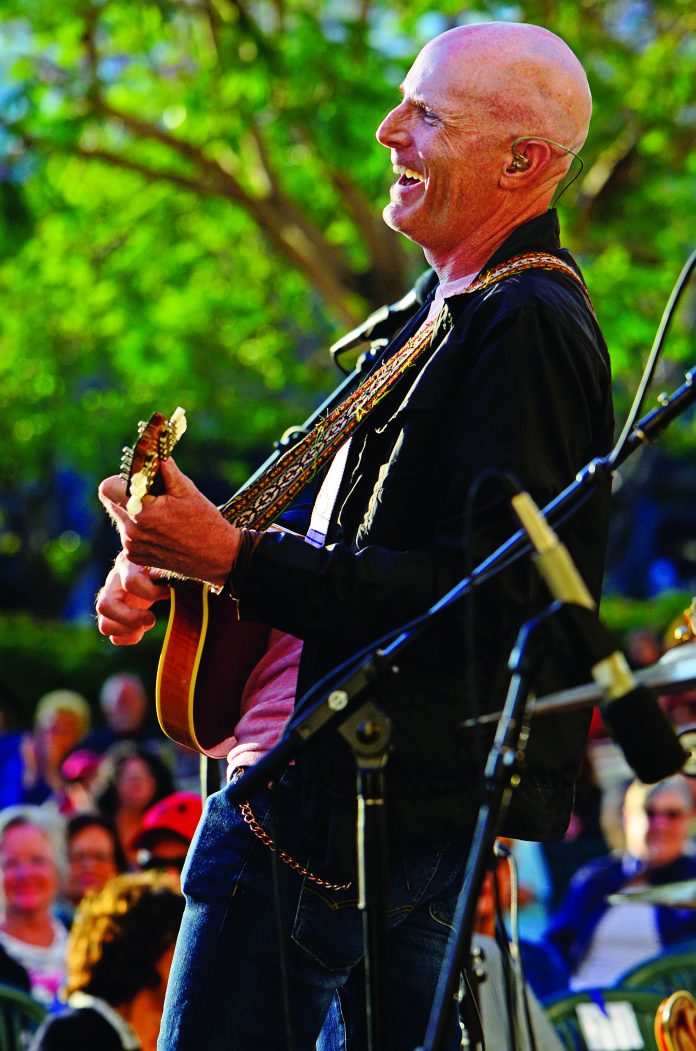 Bluegrass (and so much more) musician Ryan Shupe leads his RubberBand group during the first Culver City Boulevard Music Summer Festival at Culver City City Hall. The summer series, which includes six free performances, is the brainchild of producer Gary Mandell of Boulevard Music. The series continues tonight with two bands, Los Pinguos, and the Bonedaddys.