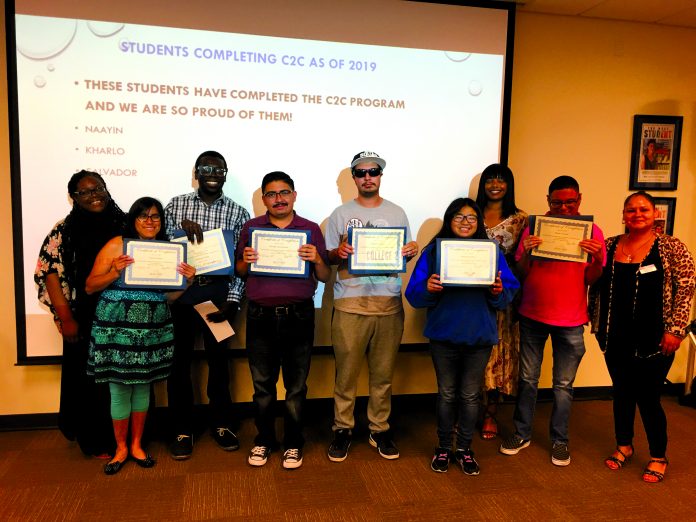 The poignant words “I want to turn my disability into ability” uttered by Susan Boyle have inspired those with developmental impairments to look beyond those issues and embrace themselves as people. But as time passes, these words have gone beyond the traditional scope they were seeking to inspire, instilling those outside of that group with the desire to help those that have these disabilities to receive the same opportunities as the rest of the world.

“For many, many years, individuals with developmental disabilities like autism and cerebral palsy were really not given a fair chance to attend college, and in some instances, they were given a message that college was not for them, sometimes even blatantly and in a discriminatory way,” Danielle Sheppard, the director of the College 2 Career program at West Los Angeles College, told the News.

The College 2 Career program was meant to provide those very opportunities to this group and was only just recently implemented at WLAC. It is the only college in the Los Angeles area with this kind of program and helps supplement the unique Regional Center system that assists those with disabilities throughout California.

When the city college movement began to gain steam nationally, many two- and four-year programs began to focus more on inclusion, and look at it in a very different light. California has had the regional center system, which focuses entirely on assisting people with disabilities, but there are no services from the center that pertain to college.

In 2002, a large discussion focused on disability inclusion in colleges took place in Sacramento, which eventually resulted in a proposal being given to the federal government. The proposal was eventually accepted, but on the condition that it was initially treated as a research project.

The initial funding provided was enough for five community colleges, and these College 2 Career programs were mainly used for research over the first three years. Questions like “if students who have developmental disabilities were given proper supports and the proper opportunities, would they have better academic and employment outcomes?” were answered with incredibly positive results over those years. It was found that these individuals were, in fact, competitive in employment and that their education played a significant role in that outcome.

“It was just off the charts. People were expecting positive results, but it was even higher than they expected,” Sheppard recalled.

After these findings were presented to the federal government, additional funds enough to start three more programs that were provided to the state, and WLAC’s program was one of these three introduced.

“They are always needing more substitute teachers and teachers’ aides, and we have many students who are interested in being aides or just working with children in general,” Sheppard explained.

Once a student has a certain number of hours working in child development, they can actually apply to become a teacher’s aide or substitute teacher’s aide.

A prerequisite that comes with the job is a test that one has to take to qualify, which can be difficult for students with disabilities, but the College 2 Career program at West Los Angeles College already has passed the test and is ready to be hired.

The first student to achieve this at WLAC was Daniella Marchesini. She had originally come from Santa Monica College last year but had trouble in part due to the lack of individualized help. Marchesini was somewhat skeptical when she first heard about the program but was eventually encouraged to apply and accepted.

She started the program off “a little rocky,” according to Sheppard. Sheppard sees this in many students who have felt slighted by other schools and feel like they continue to carry those experiences through change, making it difficult for them to trust people.

Eventually, though, she started to open up and connect with several members of the WLAC College 2 Career team. She began to focus on her goals and ambitions, including moving out of the home while taking classes. Marchesini got an A in her first child development class, and the teacher of that class asked her to join the child development club.

“She just grew and developed so much in that one semester…it was just phenomenal, the instructor was just blown away,” Sheppard remembers

This grew into an eventual internship at Linwood Howe Elementary, in part because of the developing relationship between the College 2 Career program and the Office of Child Development. Marchesini put her trust in the program to put things together, and despite a bit of delay, she started working at Linwood Howe’s afterschool program for first and second graders in the spring.

Marchesini enjoyed the arrangement so much that she wanted to continue working after her internship ended, which Linwood Howe welcomed with open arms. Knowing what this is what she wanted to pursue as a career, she also took the test needed to be hired as an aide and found out earlier this month that she passed.

Stories like that of Daniella Marchesini and the College 2 Career program are certainly remarkable, but they will become much more common as people everywhere understand just how much ability those with disabilities really have.