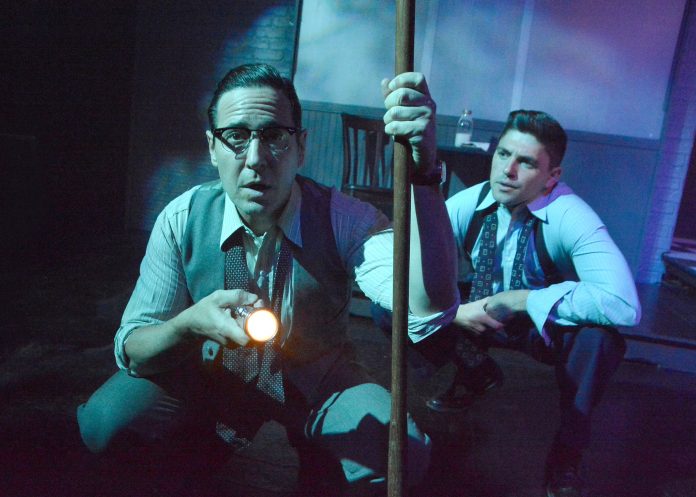 Winner of the Pulitzer Prize for Drama and the Tony Award for Best Play, Arthur Miller’s DEATH OF A SALESMAN is considered to be one of the greatest plays of the 20th Century. Still relevant to current times, it centers on the life of traveling salesman Willy Loman, an average, middle-class man burdened by financial responsibilities and living on the edge of poverty. Written in 1949, Miller dramatically addresses the loss of identity and a man’s inability to accept change within himself and society, told as a montage of memories, dreams, confrontations, and arguments taking place within the last 24 hours of Willy Loman’s life. Reacting to the same social, economic and environmental pressures still going on today, no doubt we can all understand how the desire to “keep up with the Joneses” has worn the hard-working man down to the point of realizing he is worth more dead than alive.

With his self-control slipping beyond his reach, Willy is losing touch with reality and increasingly angry with everyone and everything around him. As this iconic character, Rob Morrow captures all the frustration and anger brewing inside which explodes in the most inappropriate of places as he attempts to blame others for his problems. And although Morrow appears to be too young to play a 60-year old man on the brink of self-destruction, the actor’s ability to get inside the mind, heart, and soul of Willy shines through as his total distraction from reality takes over his life.

DEATH OF A SALESMAN is also about the relationship between a father and his sons, in the present time and in dream sequences about the past, meant to show us exactly what is really going on in Willy’s mind as more and more challenges put roadblocks in his way. This is especially true with his older son Biff (perfectly cast Robert Adamson), who flunked out of high school and then wandered around working as a farmhand. Constantly criticized by Willy, Biff has returned home to consult with his successful, womanizing younger brother Happy (Dylan Rourke, a true salesman like his Dad), hoping to find a job and learn the tricks of the trade, so to speak. But like his father, no matter what path Biff attempts to follow, he winds up on a dead-end street.

Describing himself as a “little boat looking for a harbor,” Willy can’t seem to find a direction in life or place to land happily after an emotional outburst causes him to be fired from the job where he has worked for his entire adult life. Through all his struggles, Willy’s long-suffering wife Linda does her best to calm him down as he spins out of control, happening with greater frequency now that he has reached 60 years of age. She is and has always been his greatest emotional support, holding him up when the world seems to be pulling him down a road from which he will never return. As portrayed by Lee Garlington, who seems more at ease portraying Linda’s younger self in dream sequences, her attention-grabbing, play-ending monologue will tug at your heartstrings as his heartbroken wife attempts to understand Willy’s final selfish act.