Let’s begin with a definition of objective and subjective. Although there are several definitions for both words, I selected these for my purpose. Objective: Not influenced by personal feelings, interpretations, or prejudice; based on facts; unbiased. Subjective: Placing excessive emphasis on one’s own moods, attitudes, opinions, etc.; unduly egocentric. Over the course of my life I have come to believe that the closer a person gets to absolute objectivity the better chance they have of true happiness. Conversely, I believe that if a person dwells in the land of subjectivity the more likely they are to be conflicted and unhappy. Unfortunately, I also feel that obtaining absolute objectivity is impossible!

Now that I’ve confused everyone, let me explain. With objectivity as your constant companion, you are less likely to be swayed by specious arguments or passionate ramblings from family, friends or acquaintances. You will prove to be the calm, unruffled soul when presenting yourself as reasoned, logical and yes, intelligent to those close to you. As you may recall Mr. Spock (Leonard Nimoy) of Star Trek fame was religiously logical and displayed absolute objectivity; however, he was a fictional character. On the other hand, if you use unbridled emotion while ignoring facts and common sense, you will be viewed as narrow-minded and maybe even a little dense. A classic example of abject subjectivity is when a dog owner informs you, “my dog doesn’t bite!” All dogs bite under the proper circumstances. The objective truth is my dog has never bitten anyone. It falls under the category of “my child would never do that!” I clearly remember my mother understandably telling friends, “Peter would never do that,” even though, unbeknownst to her, I had already done that. She was not objective because I was her son. I do believe, however; that subjectivity can be semi-reasonable and justifiable when family members are involved.

There are times when subjectivity is imperative though, due to circumstances and situations. If you’re at happy hour with your buddies talking football, leave your objectivity at home. It happens to be BS time guys, so no unnecessary lucidity please. No rational, tedious discussions on the meaning of life, or is there a Heaven and Hell. It would be equivalent to raining on a 4th of July parade. And if you are having Thanksgiving dinner with the in-laws (whom you can’t stand), and the stuffing is dry, the turkey is gristly and the pumpkin pie is mushy, do not enlighten the congregation on your objections to each imperfection and how to correct the problem. Smile and graciously compliment the chef as you politely ask for more cranberries. Use your heads people, and avoid unnecessary, messy squabbles. Another tip for those of you who are clueless regarding undeniable truisms—when talking politics or religion, no one is objective!

As I unenthusiastically age, I find myself intentionally avoiding arguments with people at the expense of offering my opinion. I believe that in most disagreements neither side is open to be persuaded to change their positions. I’ve found that the more heated the discussion the more both parties dig in, refusing to give in to cold, hard objectivity. I am personally thrilled when I meet a rational, objective person to chat with. It’s generally enlightening, educational and quite refreshing.

There is no place where subjectivity is more rampant than when discussing conspiracy theories. Trying to reason with someone who believes the 1969 moon landing was faked, or that visitors from another planet crashlanded in Roswell, New Mexico, in 1947 is futile! As previously mentioned, politics as well as religion, are other subjects to avoid when involved in casual conversations. As the prodigious Mark Twain once so aptly opined, “I am quite sure now that often, very often, in matters concerning religion and politics, a man’s reasoning powers are not above the monkeys.” 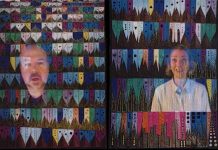