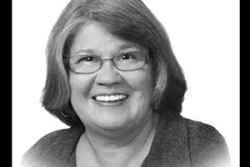 Early advertising for Culver City was created to appeal to different segments of the desired population. One early and widely circulated ad read “All Roads Lead to Culver City!” The Culver Investment Company wanted to draw residents, businesses, and investors! Mr. Culver worked hard to establish a balanced community.

JuThe ad featured is one of many in a book from the city’s beginnings. Note that Harry H. Culver’s office address at that time was 322-3-4 Story Building- Sixth and Broadway. This explains why we often read that Culver City was established halfway between the Story Building in Los Angeles, and Abbot Kinney’s resort of Venice!

To understand Mr. Culver’s thinking, look at the center geometric shape, which reads:

“__if a man had built a fourteen-story building at 12th and Broadway ten years ago, he would have certainly been considered CRAZY.

__But he would not be considered at all UNWISE NOW! This is because every one realizes that this corner is in the PATH OF PROGRESS and growth.

–this is certain—it is logical— because by that time the district between Los Angeles and Venice will be ALL SOLIDLY BUILT UP. An investment in ACREAGE here now means profits from CITY LOTS in a few years. This growing district is in the PATH OF PROGRESS! –$10,000 cash will make $50,000 by subdividing! You need do NO WORK!

Or buy acreage and HOLD a short while and take a PROFIT. Values advancing $100 an acre PER MONTH.

__ask for our big free map.

__phone today for an auto.

__take a trip of inspection.”

Looking back, it is hard to explain how Harry Culver accomplished his goal! His only child, Patricia, always pointed to one of her father’s attributes, “Father just seemed to know what people wanted.” (Clearly he worked hard on that!)

The Culver City Historical Society has traditionally enjoyed a wonderful relationship with Harry Culver’s descendants, beginning with Patricia Culver Battle, the Culvers’ only child. The collection at the Society Archives boasts that oversize book that recorded Culver’s travels across the county with his family. Pages are featured on a regular basis in the cases dedicated to the city founder. A book of his early ads, including the one featured, is on display for you enjoy- the Centennial is coming in 2017! (check the Culver City Society website for events/hours).

Julie Lugo Cerra is the city historian. She has written five books.