Life has not been a walk in the park for Darrell Fusaro. However, that doesn’t keep him from smiling and being a happy adult. On Saturday, Dec. 21 Fusaro spent a couple of hours autographing copies of his book “What if Godzilla Just Wanted a Hug?” while speaking to fans and curious patrons at Pauline Books and Media.

“As for ‘What if Godzilla Just Wanted a Hug?’ it gave me the opportunity to revisit my past in a healthier way, with a more mature perspective,” Fusaro said. “In other words, I am grateful for every single rotten thing that has happened in my life because it has brought me to where I am at today.”

Fusaro, co-host of “Funniest Thing! with Darrell and Ed” on Unity Online Radio, uses his personal stories each week to inspire and entertain a global audience. Through his book Fusaro was able to continue sharing those life experiences that have led him to becoming the person he is today.

“It was very hard growing up,” Fusaro said. “I had to get out of a very bad place on my own and it took a lot of bad things happening before I was willing to take a look at my life in order to get to a better place.”

As a child Fusaro’s grandfather was murdered, his mother left and by the time he joined the military his father had also passed away.  So there was not much of a family network aside from his younger brother, Eric. Eventually Fusaro would join the Coast Guard with the hope that he could straighten out his life with the discipline offered through the military.  However, within a short time in the Coast Guard, Fusaro would land in more trouble.

One day, with the help of a Marine Gunnery Sergeant, Fusaro was able to turn his life around through a simple message: Love is the best medicine. The Gunnery Sergeant looked at Fusaro and put up his arms as if ready to fight explaining to the young man that he once believed that is how he would always win.

“Then he unclenched his fists and held his arms out wide open and asked ‘wouldn’t it be nice to be able to live like this,’” Fusaro said. “It was amazing and it truly turned my life around.  It was a healthy choice on my behalf to realize there was another way of looking at things.”

As a result of his transformation after meeting the Gunnery Sergeant, Fusaro signed for an extended stay in the Coast Guard as a Military Police Liaison and earned the distinction of being awarded the Army Commendation Medal for developing superior relations between the Honolulu Police Department and the Military Services.

“After the Coast Guard I was able to return to art school, which I had quit,” Fusaro said. “Writing the book is the best way of sharing the simple things that make everyday life a happy one.  I’ve discovered the highest anyone can get in life is happy.”

One day while outside of the Culver Hotel Fusaro noticed how nice everyone around him was and it reminded him that his life was filled with nice people who have impacted his life in a positive manner.

Having been through a lot in life Fusaro knows that it is not easy to get away from difficult situations but can now see how simple it can be to end up being happy.

“I don’t want to sound dismissive of people going through a tough time or some very hard things,” Fusaro said. “As far as simple things in everyday life that can change our lives for the better, we have the choice. There are very simple tools and mental techniques that one can apply that will transform your life for the better. When we think of making changes and certain solutions we tend to make it more complicated than it is: it is really simple.”

Fusaro’s book, “What If Godzilla Just Wanted a Hug?” is available on Amazon. 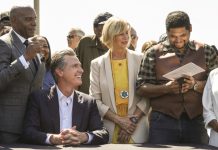