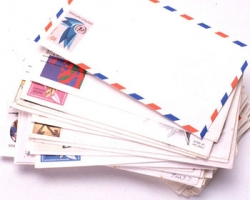 Surfas Café in Culver City hosted a presentation by the Legado Companies on Feb. 10, promoting a mixed-use development to be built near the Expo Line Culver Station. Legado Crossing would be a 115-unit apartment building with a grocery store, a pharmacy, two restaurants at street level and a small park open to the public. The site is in a Transit Oriented Development district created around the new train station. But will it really be transit oriented?

Transit Oriented Development (TOD) is a major component of the Smart Growth movement in contemporary urban planning. Higher density development is located near major transit hubs, with the intention of encouraging transit use and discouraging traditional automobile use. More residents can support businesses within walking distance. The vision is one of less sprawl, safe pedestrian-friendly neighborhoods and a more livable city.

Unfortunately, TOD has had mixed results in Los Angeles, if you measure success by getting people out of their cars. A 2007 Los Angeles Times article (articles.latimes.com/2007/jun/30/local/me-transit30) studied residents at four transit-oriented housing developments, and found that the vast majority seemed to drive their cars to work every day. What will make Legado Crossing any better at getting residents to use transit instead of driving?

I would propose that the building management of all apartments and condos in TOD projects be required to provide transit passes to the residents and that the cost be included in the rent or homeowners association fees. This would create an incentive for people who are really going to use the transit systems to move into the new residences.

At the neighborhood meeting, I asked Legado Companies Chief Operating Officer Derek Jones if such a structure could be included in the company’s proposal. He said that he was open to including it, and would reach out to ask the MTA to offer a discount on the cost of the passes. This seems quite reasonable, and I hope that Metro will enthusiastically partner with Legado. But I also hope that including the provision won’t depend on a timely response from the MTA. Making this project truly “transit oriented” should be a top priority for all parties involved and is the only way to justify adding high-density development.

I would also ask that Culver City staff and the Planning Commission and Council officials not give final approval to this project unless and until it contains such a component.

This proposed development is one of four large parcels adjacent to the Expo Line station. If the other developments are similar in size, we will see between 400 and 500 residential units added to this neighborhood – nearly 1,000 new residents in an area that already has significant traffic congestion twice a day. If nearly all of them drive cars, our streets will be more crowded and current residents, employees and business customers in Culver City will be negatively affected.

Creating a livable community will require commitment and cooperation by all involved – the city, the residents, the developers and the MTA. Anything short of this would be a disservice to our city.