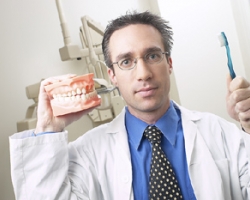 I am Irish. Need I say more about my deep-seated, utter paranoia about going to the dentist? I never knew real pain until my first visit to the dentist’s chair. It was there that I learned that tooth pain cuts like a knife right into your core. It’s so sharp you can feel it in your soul. I am all too familiar with that paralyzing pain, and as you can probably tell, I have been scarred for life.

(Note: I’m not saying that if you’re Irish, you have bad teeth. But there was the Great Famine, and let’s be honest, we don’t have the best reputation for pearly whites. Good thing that what we lack in dental hygiene we make up for in charm.)

Now I am making it my mission to do everything within my power so that my boys, Frankie (almost 7 years old) and Tommy (5 years old), half-Irish, never have to go through the torture I have had to experience in many dental chairs across the country. It’s not their fault that they’ve been blessed with my genes.

I began bringing Frankie to the dentist at the ripe old age of 2. I figured the sooner he got exposed to regular cleanings, the better. Frankie wasn’t too happy about it but I was thrilled. Come on, who out there hasn’t cried in the dentist chair? Even though he cried a little, I was going to fight his plaque with everything I had.

On the first visit, his pediatric dentist counted all of Frankie’s teeth and then cleaned them. Next he checked for cavities and taught us the most effective ways to brush the teeth. Knowing full well that brushing was a bit of a challenge, he then gave us some tips to help us get through it including: using a soft kid-sized toothbrush and toothpaste (children under 2 should not be using toothpaste with any fluoride, and 2 year-olds and older should use only a pea-size amount), using a timer so that children will know when it is over, and last, having a parent brush the child’s teeth first and then letting the child try it.

Basically, Frankie was miserable. He pleaded and squirmed right up to the point where he learned that he was getting a toy at the end of his visit. I could handle doing this once every six months.

Unfortunately, I had to bring Frankie back two months later. He took a big fall off a stool and jammed his two front teeth on my sister’s counter. He sucked his thumb, so his teeth stuck out just enough to get caught on the edge – and, boy, did they.

Thank God they weren’t his permanent teeth. They bled for a while, so we had to take another trip to the dentist to get them checked out. Surprisingly, this visit wasn’t as traumatic as our first, but we did learn that one tooth might lose its coloring and did shortly after.

With all the drama behind us, I wanted to get it right with my second son, Tommy. I took them to Chuck  E. Cheese’s beforehand and we ordered a pizza, played a bunch of games and turned in our tickets for prizes. The problem was that the only prize we had enough tickets for were Tootsie Rolls. Tootsie Rolls before the dentist?

With sticky, brown candy stuck in their teeth when they climbed into the dentist’s chair, I certainly didn’t look the part of the valiant tooth-decay slayer – in fact, quite the opposite. But I didn’t care; it did make the whole experience more enjoyable.

It’s hard to believe that almost four years have gone by since our fist dentist visit. Frankie and Tommy now sit in the chairs with their earphones on as they watch a movie on the ceiling. I never got to watch a movie while my dentist tortured me. They are so lucky.

We’ve been all-clear in the cavity department here, thank God. Frankie now has four permanent teeth and they are gorgeous. But, I will continue to keep a watchful eye and will brush with dedication and commitment, just in case my dental ancestry comes back to haunt us.

As often as I go to the dentist, you’d think I could lie back and fall asleep in that dental chair, but nope, I grip the railings tightly while my dentist does his business. 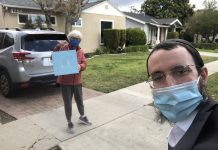