Eliminating R-1 will not provide affordable housing or more diversity.  Families or people who are looking to buy in Culver City will be outbid by all cash developers who are financed by Dark Money and hedge funds like Blackrock and Citadel.

They will build property that will be rented for 10 years as luxury apartments and then after the 10-year statute of limitations on builder liability expires they will be sold as luxury condominiums. It will destroy the environment and the cohesion of our community.

There is an insidious process going on.  Three Council Members are voting over overwhelming opposition by the Citizens to direct the staff to study the elimination of R-1 zoning, which will put this Council Majority that has a predetermined agenda.

SB9 and SB10 are next and Culver City was the Beachhead.  Home ownership is distributive wealth.  I would like you to understand how you are assisting the destruction of black home ownership.

As Michael A. Lawson, President and CEO, Urban League of Los Angeles states in the attached letter (EDITOR’S NOTE: The letter can be seen in its entirety below):

“Ending single-family zoning will invite predatory developers into working-class communities of color where properties may be less expensive…The push to turn more individual, particularly people of color, into permanent renters will create a massive transfer of wealth that benefits corporate landlords and major developers that are likely to be the primary owners of the apartments.”

You are unwittingly destroying home ownership and the quality of life for both Culver City and Leimert Park, View Park and other historic black neighborhoods. 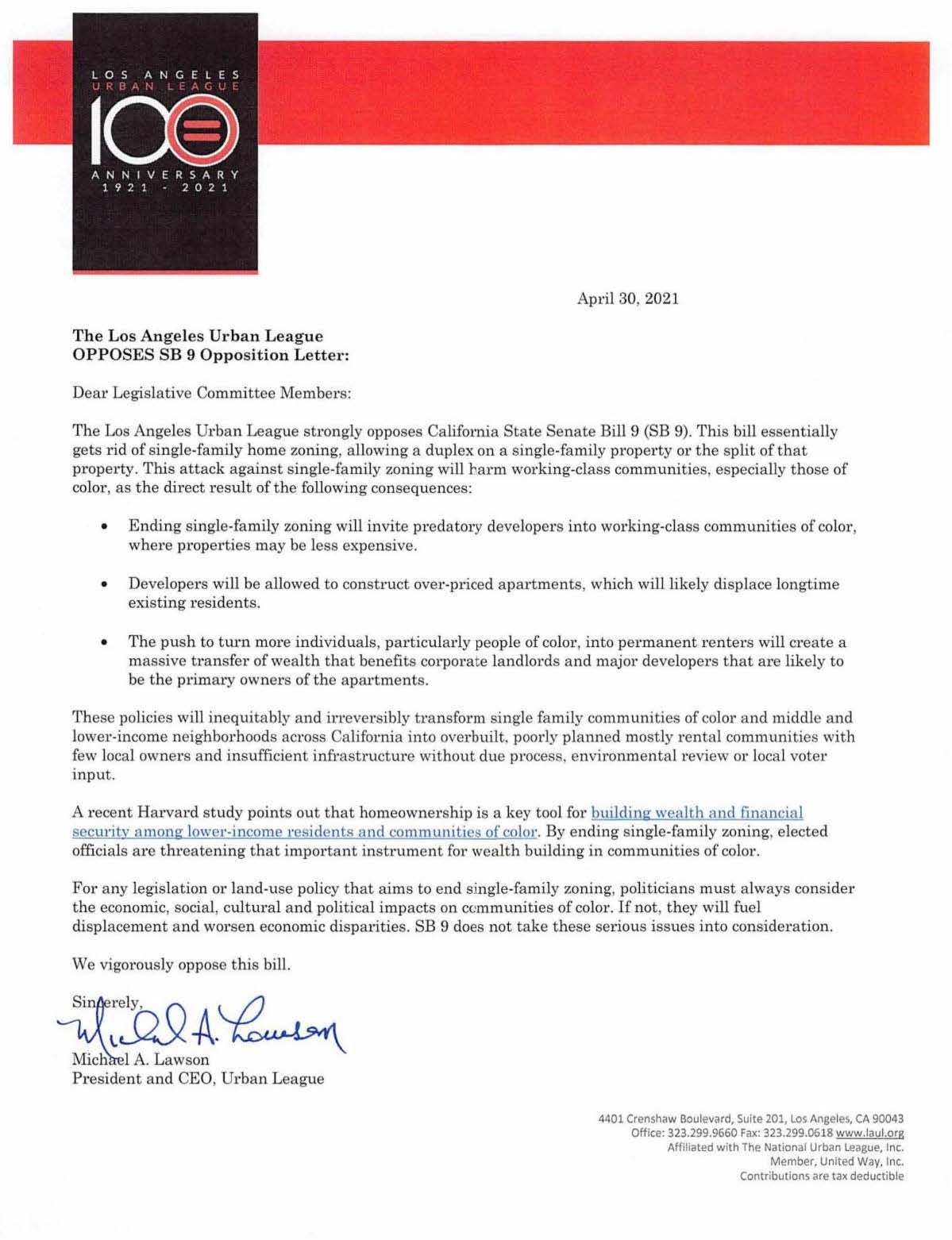 Infrastructure electrification gets go ahead