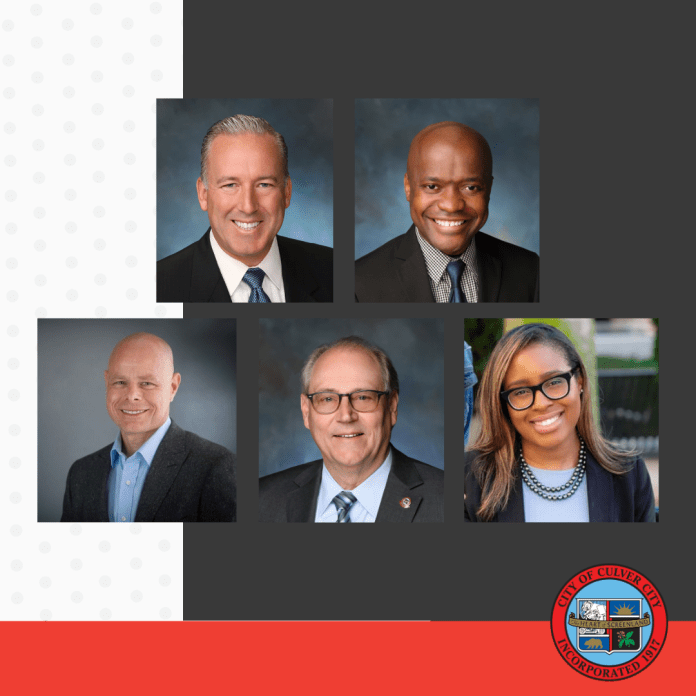 At the City Council meeting on the evening of Monday, July 11, Action Item 1 on the agenda seemed to pack in an enormous amount regarding what should be placed on the November ballot, and opinion was split.

The item called for the, “adoption of a resolution calling a General Municipal Election to be held in the city of Culver City on Tuesday, Nov. 8, 2022 to elect two council members to the city council, each for a full term of four years, and to place on the ballot one proposed charter amendment regarding lowering the voting age to 16 for city and school district elections and one proposed ordinance to update the business license tax ordinance. and classifications.”

All of the five members of the City Council agreed that the election of two council members should be held on November 8 and, after splitting up the item, that was unanimously passed 5-0.

However, the other two parts saw a continuation of the arguments heard at previous meetings, both from the council and from public speakers. Regarding the business tax hike, the consensus seemed to be that this wasn’t the right time, as businesses are still getting back to normal following the global COVID pandemic. Vice Mayor Albert Vera and Council Member Göran Eriksson agreed, with Eriksson saying that the measure to raise taxes is simply “not ready.”

The same people disagreed with the idea of a lowered voting age, with one speaker suggesting that young school shooters are evidence that all 16 year olds aren’t ready to vote.

The majority of the council disagreed with those argu- ments, and both of those items passed 3-2. The measures will now be placed on the November ballot and the Culver City voters will have their say.