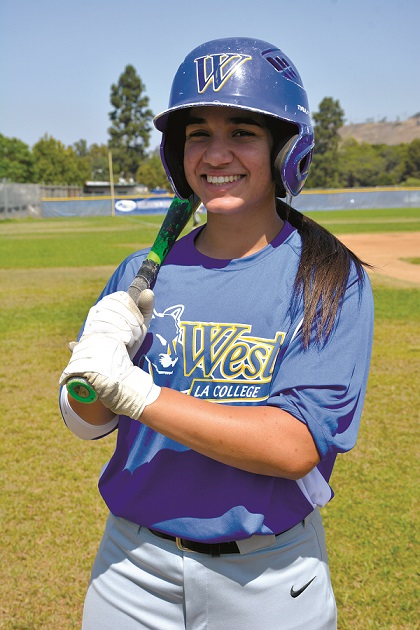 When West Los Angeles College takes the field at its first home game on Friday, Jan. 24 at 2 p.m., there will be the typical new season excitement, the usual parents and friends in the stands, and something very unusual — a female player.

This year, the Wildcats are one of the few collegiate baseball teams with a female player. She is Luisa Gauci from Australia. Thanks to a misunderstanding by her mother, Gauci has been playing American baseball since she was a small child. Gauci originally wanted to play cricket like her father and brother. But since both men had been injured while playing, her mother said no. Instead, mom-approved Gauci playing softball.

Gauci thrived in baseball and knew that she wanted to play in America one day. In high school, she participated in a summer program in North Carolina then made up her mind to find a U.S. college open to having a talented female player. The offer she received from Menlo College in Northern California made her just the second Australian woman in history to be accepted into the U.S. Collegiate Baseball System, according to www.baseballqueensland.com.au.

It was then that Gauci met WLAC Head Baseball Coach Murphy Su’a. She was interested in training in California until the Menlo semester began. Coach Su’a operates a summer training program at West for aspiring college players. By summer’s end, Gauci was taken with West Los Angeles College and her potential Wildcat teammates. She asked Coach Murphy if she could join his team which he approved.

“I feel in love with the boys [teammates], with the field, with the coaches,” the middle infielder explained. “I love West. I love all my teachers. I love my friends. Everything is so nice here.”

“We’re excited to have her here,” said Coach Su’a. “She’s a tremendous player and I think she’ll fit in well.”

Teammate Jacob Kalt admitted it was odd to have a girl on the field at first but “she’s been playing for as long as me — since she was a kid. She knows the game. She hustles. She can play. She fits in. We don’t really think of her as the girl on the team anymore — she’s just Gauci.”

Gauci hopes baseball will be part of her future long after West.

“After I transfer to a four-year [university], I’m planning on working in professional baseball,” she said. “I want to work on the field, not just in the front office. So hopefully, I can be a bench coach one day or a first base coach or pretty much anything on the field.”

Regarding her advice to other young women who are interested in entering fields where there are few or no other ladies, she said “You do you because you can do literally anything. It may be hard when you first start, but it’s honestly perseverance. It’s so worth it in the end and it’ll make you so much happier because you’re doing what you love.” 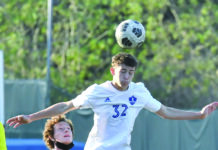