Culver City high school football teams take of one of the top football programs in the state when the battle La Puente’s Bishop Amat in a scrimmage Thursday, starting with the Freshmen/Sophomore game at 4:30 p.m. followed by the varsity game at 6:30 p.m.

The Centaurs open the regular season against West Torrance on the road on Friday, August 27, at 7 p.m.  Their next game is Friday, September 3, at home against always strong, Loyola of Los Angeles at 7 p.m.

Their third game of the season will be against the Red and White Pasadena Bulldogs at home on Sept. 10, at 7 p.m. The following week they battle another tough opponent, Warren from Downey on Friday at 7 p.m. on Sept.  17.  On Sept. 24, the Centaurs take on La Serna from Whittier on Friday at 7 p.m. at home.

After five non-league games, Culver City starts Bay League action against always tough Mira Costa at home on Oct. 1, at 7 p.m.  The following week they face Redondo Union on the road on Oct. 8, at 7 p.m.

On Oct. 15, at 7 p.m. Peninsula comes to Culver City and on Oct. 22, the Centaurs travel to Palos Verdes for a 3 p.m. game. The last game of the regular season Culver City stays on the road when they battle Santa Monica at 7 p.m. on Oct. 29. 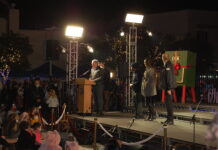