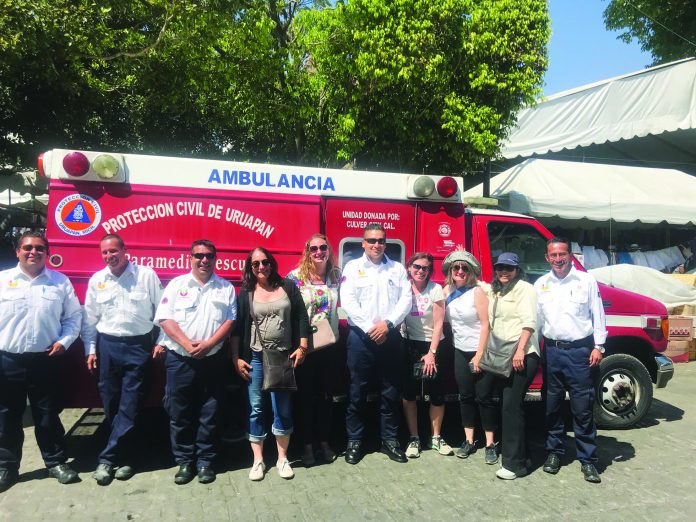 From April 11 to 15, 2019, a delegation of eight traveled to Uruapan, Mexico, on behalf of the Culver City Sister City Committee (CCSCC). Uruapan is Culver City’s very first sister city, a relationship that was formally established on Feb. 24, 1964.

“This was a historic trip, as we recently celebrated our 55-year relationship with Uruapan,” said CCSCC President Nancy Perdomo. “This was Culver City’s first visit after a 15-year hiatus.”

CCSCC was warmly welcomed by Uruapan Mayor Victor Manriquez, the Uruapan International Affairs’ staff led by Alfredo “Freddy” Ramirez, and members of the Committee of Sister Cities of Uruapan headed by its President Lau Mata.

Highlights of the trip included visiting the Orphanage Casa Hogar. Former City Administrative Officer Dale Jones first visited this same orphanage in the early ‘60s, and CCSCC has been supporting it ever since. The delegation shared an art project with the children and delivered toys donated by Sonia Karroum’s family and neighbors, and school supplies donated by CCSCC.

Additional highlights included dinner with the Mayor of Uruapan and several other elected officials; and marching in the parade that welcomed local artisans to the largest traditional handcraft festival in Latin America, the Tianguis Artesanal.

The delegation also visited the spectacular national park, Barranca del Cupatitzio National Park, with its abundant streams, waterfalls and lush vegetation. The delegation was warmly welcomed by members of the local neighborhood, who wore traditional dress to greet CCSSC. Among the locals was Lucia Quezada whose father Bernardo Quezada was the first visitor from Uruapan to Culver City in 1962. Barranca del Cupatitzio is located on Calle Culver City, a major boulevard in Uruapan named in honor of our fair city!

The delegation also toured Aztecavo, a new state-of-the-art avocado packing plant that is well known for its innovative technology and progressive human resource practices. With Uruapan as the world capital of avocados, the plant processes 30 tons of avocados per day.

Lastly, the delegation got to see, touch and peek inside one of the two ambulances that Culver City donated to Uruapan in the last few years. CCSSC Uruapan Chair Sonia Karroum drove that very ambulance from Culver City to the Mexican border in mid-October 2006, when she worked on the Culver City staff.

“All in all, the trip was a wonderful experience of friendship that allowed us to learn more about our sister city and its people, and to reactivate the exchange between our two sister cities,” said CCSSC President Nancy Perdomo. “We had the opportunity to share ideas and strengthen ties. We hope we will soon get the chance to welcome our friends from Uruapan to Culver City, so that we may reciprocate their gracious hospitality.” 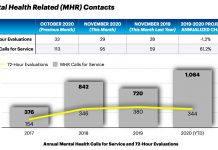