The Boulevard Music Festival is coming to an end and, after triumphant shows by Laurie Lewis and the Right Hands, Andre Thierry and Zydeco Magic, Ricardo Lemvo and Makina Loca, the John Jorgenson Quintet, and Led Zepagain. Coming Thursday, August 10, it’s the turn of British blues rocker Albert Lee. We spoke with Lee about what we can expect from the set.

CULVER CITY NEWS: HAVE YOU PLAYED THIS EVENT BEFORE?

Albert Lee: Yeah, this will be my third time, I believe. The first time I did it was a guest appearance, and then I did it with my band a couple of years ago. It’s a nice atmosphere – a free concert. I guess they decided that they wanted me to do it as a solo artist.

This is in August, and I’m not sure who’s going to be playing with me. Some of my band members go off and do other things. I know it’s going to be Will McGregor on bass, possibly Jason Smith on drums but if he can’t do it, it’ll be John Ferraro on drums. He’s an old friend who recently did a couple of gigs with me. Hopefully, it’ll be J.T. Thomas on keyboards but his main gig is with Bruce Hornsby so I may not have him. It’s all very complicated. If J.T. can’t do it, it’ll be John Greathouse on keys. So it’s a four-piece. I’ve been doing this now for a few years with an American band. I’ve lived in California for 40 years, and it was only three years ago that I finally put a US band together. It took me long enough. I had an English band here, Hogan’s Heroes, that I worked with for 25 years or so. That was the first band that I had fronted.

That one especially, in Culver City, has a nice atmosphere. It’s not too big, and it has an enthusiastic crowd. I haven’t done any big festivals for a long time. I don’t think I’m that kind of act really. I do better in small theaters and intimate settings. I’m looking forward to Culver City – it’ll be fun.

DO YOU ANTICIPATE MAKING NEW FANS AT EVENTS LIKE THIS…

Of course. That’s bound to happen when you’ve got a free concert. People just come along out of curiosity because it’s an event. That’ll be good. I’m always surprised that, having been on the road for over 50 years, there’s still a lot of people that don’t know much about me. But obviously there’s a hardcore of fans out there who have been following me for a number of years. It’s always nice to pick up new fans.

WHAT CAN WE EXPECT FROM THE SET?

It’s a mixture of stuff that I’ve been doing for a while. It’s rootsy stuff, sort of R&B and country. People are always very surprised when I play the piano. Piano was my first instrument so I do ballads on the piano and I’m a big fan of Bruce Hornsby – people like that. I’m a frustrated piano player, even though it was my first instrument. So people are generally surprised that I even sing. So many guitar heroes out there don’t sing. There are good ones like Clapton of course, but a lot of other guys are just up there playing the guitar. I don’t particularly like instrumentals. I like guitar solos but I like good songs. I search out good songs that I think will suit me. A lot of things don’t suit me, so I’m getting better and better at finding what works for me and what doesn’t.

Albert Lee plays Culver City’s Boulevard Music Summer Festival at City Hall on Thursday, August 10. Admission is free, although limited seats are available for $10. The show runs 7-9 p.m., as they do each week. For more information, call Boulevard Music at 310-398-2583. 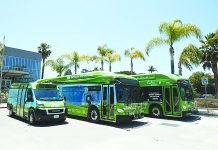