Volleyball team continues to improve despite a losing record 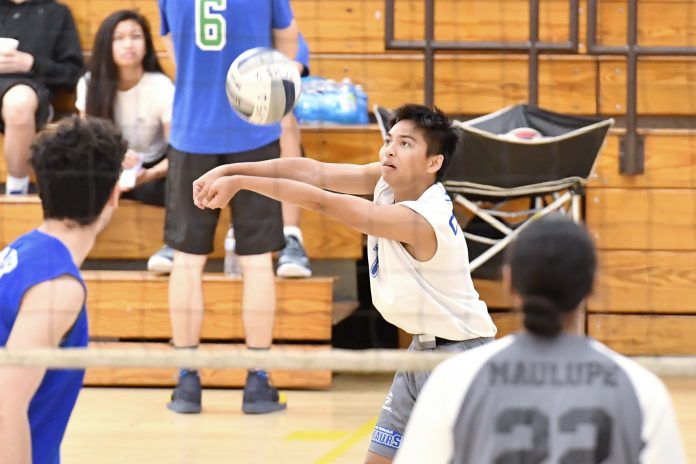 If you attended Culver City’s annual boys’ volleyball tournament last Saturday, the first thing you noticed was the competitive spirit and enthusiasm in the Del Goodyear gym on the Culver City campus. Eight teams competed in the well-organized event.

“The teams had a great time,” said Culver City boys head volleyball coach Joe Manzo between games during the tournament. “We had some quality teams this year.” The Centaurs lost most of their games in the tournament, but they played hard in every set. Although their record does not reflect it, they are improving.

“We have three sophomores playing that are getting better and a couple of first time players,” said Manzo. “It’s a new learning experience for them.” The Centaurs are 4-14 overall and 2-5 in league play.

Manzo wants to see more students come out for the volleyball team because he knows Culver City has outstanding athletes on campus. “Not just my program, but every program on campus needs to share their athletes so all of the programs can be successful,” said Manzo. “I know this school has tons of athletes.”

Manzo also knows volleyball is a special sport that takes a different mindset to be successful. “For a volleyball player, you need to understand the techniques of the game. It’s not a dribble and shoot game, it’s a team game. We need all six players on the court to be better than or just as good as their teammates.”

Manzo has been the boys’ coach for the last eight years and he coached the girls’ volleyball team for four years. “I enjoy the game and I enjoy the kids,” said Manzo. “At the end of the day when I see the kids smiling and having fun that makes me feel good.”

One of the kids that had fun for four years is senior Dylan Atainzar. He played two years on the junior varsity and two years on the varsity. According to Manzo, Atainzar is the heart and soul of the team. “We all act like family at Culver City,” said Atainzar. “When one player is down we all try to pick each other up. I think that really helps to improve our game.”

Atainzar sees the improvement in the team. “We just try to keep pushing and get better. We are at the bottom right now, but we can only go up.” 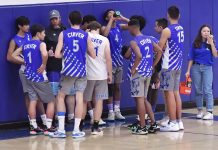 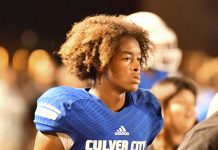