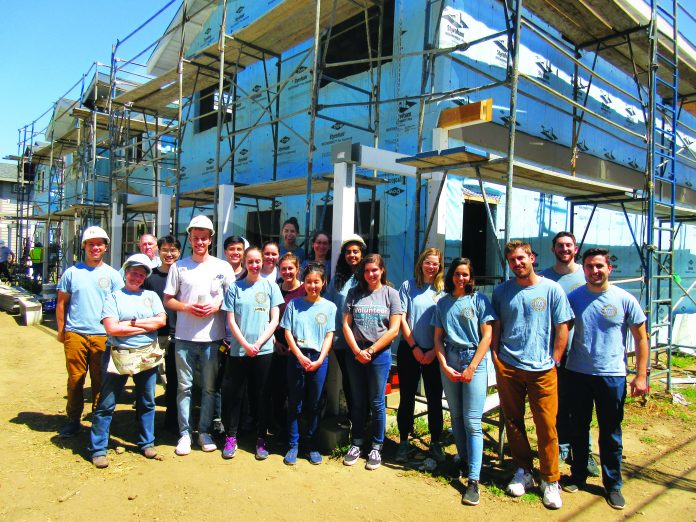 A special “Fiddler on the Roof” concert will be performed at 7 p.m. Wednesday, May 22 at Grace Lutheran Church, 4427 Overland Ave., Culver City. This is a fundraiser for the Habitat for Humanity. Volunteers stand in front of a tract of homes on Globe Street which they worked on in Culver City.

The suggested donation is $15, however, any amount is appreciated. A dessert reception will follow the concert. The lively, short production of “Fiddler” features the musical’s best-known musical numbers, with choreography and narration to tell the story and link the songs together. Cathy Gabrielle Wallace will direct and Cody Gillette will serve as accompanist. With Marina Tidwell as Golde and Richard Rosales as Tevye. Habitat for Humanity is a non-profit organization that helps people in your community and around the world build or improve places to call home.