For the past 25 years, Culver City and Kaizuka — their sister city in Japan — have exchanged runners to participate in their local marathons.  Steve Wisner and Kim Caplan returned last month from Kaizuka after participating in the 27th annual KIX Senshu Marathon in Osaka, Japan, as part of the exchange.  Three weeks later, Koichi Murakami and Kazumi Yoshida, both from Kaizuka, were welcomed and hosted here, and ran the 35th annual Los Angeles Marathon.

The marathon exchange, coordinated by the Culver City Sister City Committee (CCSCC) each year, uses running as a means of cultural exchange, allowing residents to participate not just in a marathon on another continent, but to interact with their citizens and community, in an effort to bring people and cultures closer.

The hospitality granted the Culver City residents by the Kaizuka International Friendship Association (KAIFA) is legendary.

“We were treated like rock stars,” Mr. Wisner said of his week in Japan. “Red carpet treatment, amazing food, incredible kindness.  The people of Kaizuka are so gracious and my host family, the Shigemoto’s, went above and beyond to make us feel welcomed and appreciated.  I had an amazing time.”

The race itself was a little less forgiving for Mr. Wisner. Nursing a plantar fasciitis injury, Steve, a 68-time marathoner finisher, had to succumb to the foot injury at mile 20, missing the two bridge assents at the end of the race. He plans a return trip to Japan in the next couple of years to participate in another marathon race.  Ms. Caplan, in only her second marathon, persisted, and completed the course in 4:09 minutes.

Ms. Caplan on her time in Kaizuka said, “The weather was quite cold and windy for the race.  The fans and staff, and our friends in KAIFA were a huge encouragement to get me over those final bridges. We got to visit several sacred places, had special tea, and saw the city from a really unique perspective with the locals. It was an amazing time with amazing people, and a once in a lifetime opportunity that I will cherish and never forget.”

Mr. Murakami and Ms. Yoshida received a reciprocating week of hospitality in Culver City, with the running of the LA Marathon the highlight. Both runners finished the Stadium to the Sea course in respectable times.  They were cheered on along the way at mile 20, the corner of Sepulveda and Santa Monica Blvd, by CCSCC members and four Kaizuka high school students who were also visiting Culver City, and CCSCC president Nancy Perdomo.

The runners, along with the Kaizuka high school students, also ascended the Baldwin Hills overlook and learned of the ecology of the area, and local nature efforts.  Koichi especially enjoyed the tour of Sony Studios and Kazumi was thrilled to be able to visit the Griffith observatory and hike to the Hollywood sign on a beautiful day in Southern California. The exchange was also helped by numerous volunteers, and leveraged Culver City and the Westside’s Japanese heritage with several very capable translators.

If you are interested in participating the marathon exchange in 2021 and have completed a recent full marathon in under 4 hours and 10 seconds, contact the Culver City Sister Committee at ccscc.inc@gmail.com. 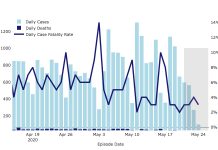