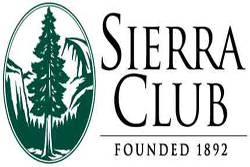 The Sierra Club has announced its endorsement of three candidates in their races for seats on the Culver City City Council: Daniel Lee, Councilwoman Meghan Sahli-Wells, and Thomas Small.

“We are very pleased to announce the Sierra Club’s endorsement of Daniel Lee, Meghan Sahli-Wells, and Thomas Small for Culver City City Council,” Howard Strauss said. Strauss, a Culver City resident, is Political Chair of the West Los Angeles Group of the Sierra Club, which includes Culver City. “Daniel, Meghan and Thomas all have strong records of environmental accomplishment and impressive perspectives on steps Culver City can take to improve the environment. We are confident that they are the candidates most capable of protecting and preserving Culver City’s environmental resources.

“This endorsement decision was made after a careful review of the candidates, including their responses to a questionnaire about the important environmental issues in the city and in-person interviews. The review clearly showed that these three candidates are by far superior when it comes to protecting the environment in Culver City,” Howard Strauss said.

Daniel Lee, a national board member of Move to Amend, became involved in Move to Amend out of concern about the lax pace at which the government is addressing climate change, and has been its representative to the Global Climate Convergence for the past three years. As a member of the California Student Sustainability Coalition, he has spoken publicly about the environment and recently gave workshops at conferences in Santa Barbara and Pittsburgh. As an environmental justice fellow with the Liberty Hill Foundation, he worked on the foundation’s Clean Up Green Up policy and collaborated with various local organizations toward a moratorium on fracking in Los Angeles County. He has been a Sierra Club supporter for a number of years. Daniel Lee is a social worker and a graduate of USC and UCLA.

Since her election in 2012, Councilmember Meghan Sahli-Wells has chaired the City Council’s sustainability subcommittee, which crafted the ban on single use plastic bags and initiated the City’s composting program. Throughout her first term she and another City Councilmember have served on the council’s oil drilling subcommittee; they are now crafting stringent oil drilling regulations for the Culver City portion of the Inglewood Oil Field in an attempt to protect residents and the environment. As an advocate for active transportation, she has championed and made significant strides in improving Culver City’s bike infrastructure, resulting in a reduction in the number of cars on City streets and therefore the amount of auto exhaust. She has served on the Board of Directors of the Exposition Construction Authority, whose expansion of the Expo Light Rail Line has led to fewer cars on the road and less air pollution from auto emissions. Meghan Sahli-Wells, a Sierra Club member, is the only incumbent in the current city council race. She is a UCLA graduate.

Thomas Small, a board member of the Architectural Foundation of Los Angeles for more than 10 years, helped redirect the foundation’s mission and activities toward environmental issues and sustainable design. He produced and led the architectural tour of one of the first Platinum LEED buildings, the NRDC Building in Santa Monica. He served on the Green Building Tour Committee to design tours for the 2006 American Institute of Architects National Convention in Los Angeles (with AIA-LA), collaborating with the US Green Building Council. He also co-founded the AFLA DesignGreen architectural awards program for environmentally designed buildings. In 2012 he co-taught the course “Sustainability for Organizational Change” in the UCLA Extension Sustainability Certificate Program. Thomas Small is an architectural writer and an expert in the fields of architecture and historic preservation, sustainability, urban design and conscientious design. He is a Yale graduate.

Each of the three candidates has gone on record as having grave concerns about fracking and other forms of oil production in the Inglewood Oil Field. Daniel Lee will advocate for an end to drilling on the oil field and will urge that the land be used instead for a solar and wind farm. In addition to working on stringent oil drilling regulations, Meghan Sahli-Wells has stated she looks forward to the day when oil production will no longer take place, and the oil field will become a large public park. Thomas Small’s stated goal is to keep the oil in the ground and to transition to a renewable microgrid to secure a sustainable and resilient energy future for the City.

All three candidates have similar views on a variety of environmental issues. They would actively champion the adoption of renewable energy sources and work to make Culver City a leader in this area. This would include motivating residents and businesses to add rooftop solar installations.

They agree that Culver City should participate in the South Bay Clean Power Community Choice Aggregation. When the city adopts this approach, two significant benefits will be realized: customers’ electricity costs will be reduced, and the proportion of energy Culver City obtains from renewable sources will be dramatically increased.

The three Sierra Club-endorsed candidates have expressed concern about the storm water runoff from Ballona Creek, which is a major source of the pollution in the Santa Monica Bay. Each has described various solutions to capture storm water and reduce runoff. An essential part of the solution, according to the candidates, is working collaboratively with other cities so that the water in Ballona Creek is clean before it reaches Culver City.

All agree with a number of other environmental perspectives: that water conservation be actively encouraged; that Styrofoam be banned; and that residents be provided with better opportunities to walk, bike and take public transportation. They also agree that the City must find ways to minimize the impacts on Blair Hills residents as the Park to Playa trail is being extended from Kenneth Hahn Recreation Area to the Nature Center and Ballona Creek, and then finally on to the ocean.

The Sierra Club is America’s largest and most influential grassroots environmental organization, with more than 2.4 million members and supporters. In addition to helping people from all backgrounds explore nature and our outdoor heritage, the Sierra Club works to promote clean energy, safeguard the health of our communities, protect wildlife, and preserve our remaining wild places through grassroots activism, public education, lobbying, and legal action.