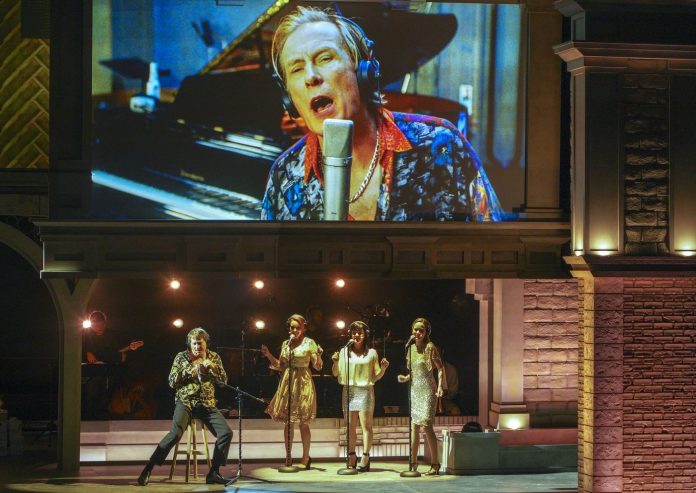 LOVE ACTUALLY, a 2003 film written and directed by Richard Curtis, follows the lives of eight very different couples dealing with their love lives in various loosely interrelated tales, all set during the frantic month before Christmas in London, England. Its message that love is all you really need begins with a voiceover in which Hugh Grant as David comments that whenever he gets gloomy about the state of the world, he remembers the pure uncomplicated love he has witnessed at the arrival terminal at Heathrow as friends and families welcome their loved ones.  From there, the film goes on to tell the “love stories” all eight of which wind up intertwining by the end.

The film’s soundtrack was a major hit, reaching the top 40 on the US Billboard 200 in 2006. What made its eclectic mix of music so great was how perfectly the songs were married to the many unforgettable, heartwarming and heartbreaking moments in the film as each of the love stories was told. The 36-song score includes such favorites as “Jump (For My Love),” “Take Me As I Am,” “Puppy Love,” “Smooth,” “Both Sides Now,” and “God Only Knows.”

Taking the film and its music to the next level, The Wallis and For The Record are presenting the world premiere of LOVE, ACTUALLY, LIVE through December 31, 2018, in the Bram Goldsmith Theater at the Wallis Annenberg Center for the Performing Arts in Beverly Hills. The multimedia presentation, adapted and directed by Anderson Davis with musical supervision by Jesse Vargas, turns the theater into a giant, immersive, cinema for modern day audiences.

The multi-level scenic design by Matthew Steinbrenner has large screens that double as scenery and fly on and offstage. Film clips are projected on these surfaces too, creating a multi-dimensional environment courtesy of video design by Aaron Rhyne. During and between clips, actors stand beside and below the screens, acting out scenes. The dialogue that you hear is from the movie clips, but music from the soundtrack is live, sung by the stage cast accompanied by a 15-piece orchestra. 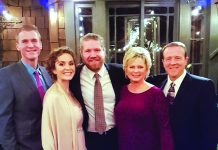