The senior-laden Culver City High School volleyball team, which lost in the first round of CIF playoffs, may have missed opportunities to advance, but head coach Chris Fraijo, who experienced highs and lows in Ocean League seasons as a former Centaur volleyball star, is looking ahead to spring practices.

Graduating six seniors in June, the Centaurs will rebuild with outstanding players from Culver City’s junior varsity and frosh-soph teams, which both went undefeated and won the league at those levels. And Fraijo says he likes what he sees in Culver City Middle School.

Down by as many as seven points in each game, the squad defeated St. Jerome in the semi-finals, 25-23 and 25-19. Contributing players included Hernandez, Stewart, Katrina McCoy, Sarah Miller, Celeste Cerecedes, Katie Berryhill, Lilly Bauptista and Kate Suyetsugu.

“The second game was very close,” Fraijo said. “We were right there with them. They just took our spirits and we didn’t do as well from there. We fell short in all areas. None of our girls had best games.”

Tiara Wallace, who will be playing volleyball at Long Beach State University, was a bright spot for the Centaurs with 18 kills and three blocks.

The Centaurs had strength in its blockers, Wallace, Spencer Williams and Simone Jackson. 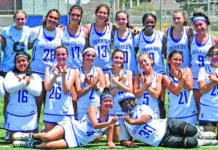 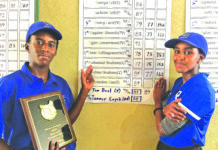 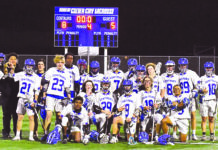