By Greg Goodyear and Larry Weiner

According to CIF officials, the No. 1 seed always plays the No. 16 seed unless that team happens to be in their league. As the No. 1 seed, Culver City drew 8-1 Heritage Christian as its first-round opponent. One has to wonder how an 8-1 team can be a 16 seed in any division? The CIF has a playoff formula that determines how the teams are seeded. However, as a No. 1 seed typically Culver would play either a wild card or a third or fourth place team in their respective league. Heritage Christian won 8 games in a row before falling to Valley Christian 47-16 and finishing second in league play. Historically Valley Christian is a very well coached team that plays well in the playoffs. So the question should be, why is Culver City playing a team that was second in its league and whose only loss was to a traditional playoff powerhouse?

The Cursaders are led by their senior quarterback Jason Parraz who completed 31 passes on 51 attempts for 770 yards and 9 touchdowns with no interceptions in 8 games.

Last week Culver City played their arch rivals the Beverly Hills Normans and went up at the half 35-0. Then both teams agreed on a running clock and Culver was able to put in most of their second and third stringers and they still managed to score 2 more TDs making the final score 49-0. The defense has now shut out 3 teams in a row and if they continue to do so they could possibly break a Culver City record set in 1969 for most consecutive quarters not scored upon. That record is 21 quarters.

Probably the most impressive aspect of the game was the play of starting freshmen quarterback, Zevi Echaus. Not only is Zevi the first freshmen quarterback to ever play on the varsity at Culver City, he is now also the first freshmen quarterback to start a varsity game for Culver. His official stats confirm his impressive debut: 14 of 18 passes completions for 215 yards and 3 TDs and most impressively had no passes intercepted. The coaching staff was highly pleased with his poise, accuracy and leadership skills which will give him a leg up in competing with the other two returning quarterbacks for the starting job next season. The Cents also had some really long runs from scrimmage including 2 from Brandon Oum, the longest being a touchdown run of 76 yards, and a 51 yard touchdown jaunt by Joshua Ford.

The center, junior Gabriel Robles, left guard junior Diego Campos, right guard and team captain senior Jaden Porter, and the offensive tackles juniors Amir Hodge and Cofi Karikari have been opening large holes on offense all year and have also done a great job protecting the quarterback. In fact, both of our tackles have been getting good reviews from D1 scouts. 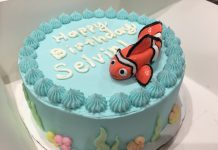