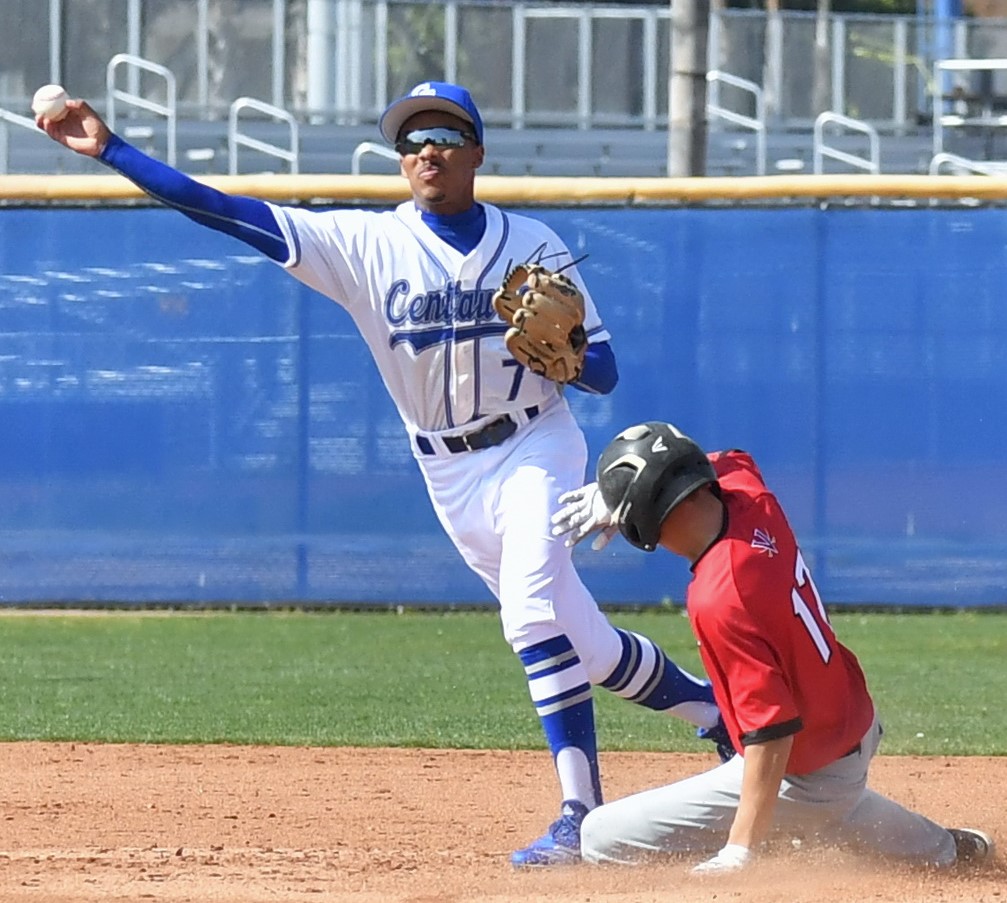 You know it’s getting close to spring when you hear the crack of the bat on the baseball field. It’s time for Culver City baseball. They started the 2020 season with two wins last Saturday and Tuesday. They beat Verdugo Hills 5-0 on Saturday and Buena 4-1 last Tuesday.

As usual, the Centaurs will use a tough preseason schedule to get ready for the always competitive Ocean league. They will play in several tournaments before they start league play against Santa Monica in the middle of March.

This season the Centaurs will rely on several leaders and one of them is captain, Joaquin Hines. Hines is an infielder who is also a senior.  He talked about the first game of his senior season last Saturday after the win over Verdugo Hills.  “I would give us a solid B today. Today we tried to hit it out but we need to stick with our line-drive game and trust what our coaches teach us.”

Hines is excited about this years’ team because he knows they have a lot of talent. “We have guys that can do it all,” said Hines.  “We are very versatile. I expect us to play as hard as we can and as long as we can. Of course, we want to win championships but we need to think of the common goal and take it one game at a time.”

Another player that is expected to be a leader on the team is pitcher Alonzo Reyes. He was the starting pitcher in the first game of the season last Saturday. “It was pretty cool being the first one on the mound and this being my sophomore year,” said Reyes. “It was cool to start it off and bring the energy. It was a lot of fun.”