Lowell Rose, a 2008 Centaur graduate was signed to the practice squad of the Miami Dolphins of the National Football League a few weeks ago. This is his fourth NFL team that he has played for. He has practiced with the New York Jets, San Francisco 49ers and the San Diego Chargers and he has played in some pre-season games Every year since graduating from Culver City he is moving closer to his dream of playing in a regular season NFL game.

“It has not been easy,” Rose said in a telephone interview. “I believe in God and the people that are supporting me so that makes the journey a little easier.”

The journey started at Culver City high school where Rose played running back and strong safety and it continued at UCLA as a walk on corner back. When things did not work out at UCLA he transferred to the University of Tulsa where he became a three-year starter.

At Culver City Rose played with the best quarterback in Culver City history, Darius Banks and several other outstanding high school football players and his head coach was Tom Salter, who is now the athletic director. The defensive backfield at Culver City in 2007 was one of the best in school history. All four players received Division 1 college scholarships.

Now that he is with the Dolphins he is very close to playing in a regular NFL season game. Rose is now 24 years old and is 6’0 and 192 pounds so he is ready to go to the next level.

“I am hoping that I can show the coaches what type of player I can be,” Rose said. “I enjoy playing on the practice squad because it gives me the opportunity to play against the first team offense. It’s been one long journey but I am confident in my abilities to make it all the way in the NFL.” 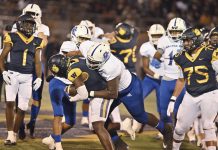 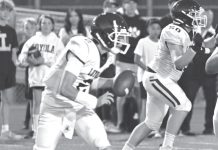