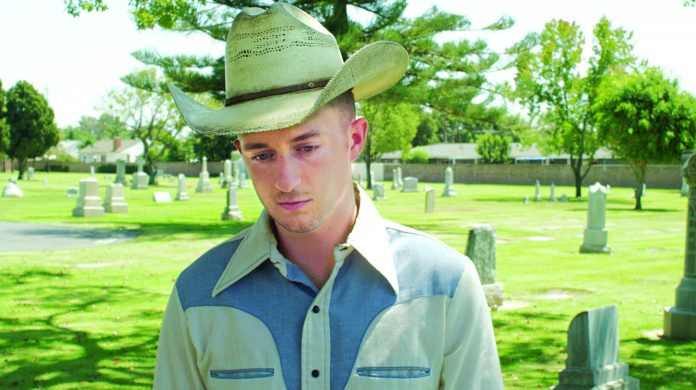 It was two weeks before filming was to begin on the indie movie, Buckshot, and filmmaker Joshua J. Smith didn’t have an actor to star in the titular role. Smith had already worked with a casting director to find the other lead, 26-year-old Conor Murphy. He plays Charlie, an up-and-coming pop-country singer tasked with driving Buckshot Thomas, an aging member of country music’s old guard, across the U.S.

But Smith needed to find his Buckshot.

Then Murphy suggested his friend, actor Tim DeZarn, who lived a few minutes away from Murphy’s childhood home in Culver City. Murphy and DeZarn had met when Murphy was in high school and working as a counselor at a camp that DeZarn’s daughter attended. After camp ended, Murphy started babysitting her, and the two actors grew close.

When Smith saw 66-year-old DeZarn’s reel, the Brentwood writer-director-producer recognized him right away; DeZarn’s IMDb page is lengthy, peppered with blockbusters like Spider-Man, Fight Club, and The Texas Chainsaw Massacre.

Once DeZarn read the script, he was in.

“A lot of the things that had happened to the character Buckshot had also happened to [DeZarn] in life,” Smith said. “There were a lot of similarities and a lot of things for him to draw upon.”

Murphy said that ironically he and DeZarn also experienced this mirror existence.

“We had some parallel life experience in that my dad passed away when I was 11, and he had a son that passed away,” Murphy said. “So we had a pretty intense relationship before even the start of the film.”

After signing on to play Buckshot, DeZarn brought his friends Allan Wasserman and Frank Collison along to play smaller roles. Wanting to respect these revered actors’ schedules, and working with a shoestring budget, Smith decided his original plan to film in Texas was impossible. Instead, he did the 15-day shoot in Los Angeles.

To fill out the rest of the shots, when the holidays rolled around, he and his wife, Buckshot executive producer and editor Allyssa M. Smith, packed up the camera equipment and opted for a road trip to visit family, while shooting B-roll along the way.

Location-vacation efficiency and last-minute casting weren’t the only ways in which Smith improvised his way through making Buckshot a reality. While he had initially planned to hire musicians to write original tracks, it soon became clear that he may have to DIY some of the music, too. He can’t carry a tune, but he’s a lifelong fan of country music.

“Finally, I was like, ‘I don’t have a choice, I’m just going to try it,’” Smith said. “So I locked myself in a room for a couple days and started writing the lyrics.” He then hired several different musicians to write and record the music to go with his words.

Murphy said that aside from working closely with DeZarn, connecting with Smith over his love for country music was one of the most meaningful aspects of acting in Buckshot.

“I find that really special, to bond in the context of a film set over a different art form,” Murphy said.

Smith said his inspiration for writing the film came partly from an experience early on in his own career when he had the opportunity to work with Willie Nelson as a production assistant on a music video in Austin.

“Just kind of hanging out with [Nelson] and being on the bus made me think: what would it be like if you were an up-and-coming singer, like a younger guy, and you were stuck on a bus with Willie Nelson going across the country?” Smith said. “What things could you learn from a country legend like that?”

“Our film is filled with authentic country music performances and original music that will tunefully touch your heart,” Smith said.

The Culver win was especially emotional for Murphy, who initially discovered his love for both theater and music when he was a student at the Culver City High School Academy of Visual and Performing Arts. While he didn’t grow up listening to country, since the film wrapped, he’s found himself driving around Los Angeles listening to Willie Nelson.

“I have never seen a style of storytelling that is so raw and stripped down and therefore easy to connect to,” Murphy said. “[It’s] just very fundamental to the mundane day-to-day life of any person—not only someone who lives in a rural town.” 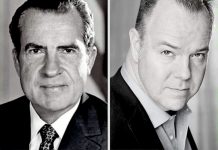 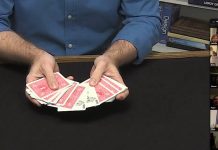