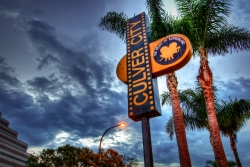 Members of the Culver City Council passionately pleaded their case at the meeting on Monday evening as the issue was raised of consolidating future Culver City municipal elections with California statewide elections, and possibly presidential elections.

Culver City has an average voter turnout of 67.5 percent for general elections, while the average over the last four municipal elections has only seen a turnout of 19.29 percent.

Alex Fisch, who is running for city council in 2018, stood up to say that it makes sense to hold local elections at the same time as state and federal in order to get more people out to vote, while Culver City resident Daniel Lee said that the city has been a leader regarding becoming a sanctuary city and zero waste policies, and this is another opportunity to lead.

Former mayor Steven Gourley expressed concerns, asking how many people will stay in the voting booth to vote in the lower level elections. He also said that the local election candidates won’t be seen or heard when competing with the big budgets of state representatives.

But the real fireworks began when the members of the council began talking. Council members Jim Clarke, Goran Eriksson and Vice Mayor Thomas Small had some concerns as they publically weighed the pros and cons, but council member Meghan Sahli-Wells was passionately in favor while Mayor Jeffrey Cooper fell on the opposite side with equal fervor.

“All of the arguments for consolidation seem to be pointing out that it’s harder for the candidates, but the flipside is that it’s easier for everyone else,” Sahli-Wells said, before adding that the discrepancy in the voter turnout numbers is too high, and it means that not everybody is being heard.

She concluded by pointing out that Santa Monica consolidated its elections years ago, and it has been working fine.

“Those willing to serve the city are also willing to knock on some more doors,” she said.

Mayor Cooper very clearly said that this is yet another attempt by the state to stick its nose into local politics. “Here we go again,” he said.

Cooper said that Culver City is an amazing place, in part because the leaders have the flexibility to run things the way they want to. He added that works in Santa Monica wouldn’t necessarily work here.

“Everyone can vote,” Cooper said. “If anybody says that they didn’t know there was a vote, then get a clue.”

Cooper is concerned about voter fatigue, and the fact that more people might vote, but it won’t be based on research but rather which name they like or other trivial factors. He said that the people who are voting in local elections, that 19.29 percent, are aware and active in local politics, suggesting that’s more important than bigger numbers.